Do Be A Punk 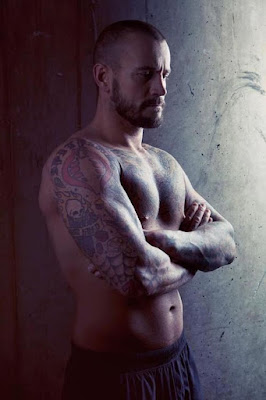 That photo of professional wrestler turned thespian CM Punk has very little to do with this weekend's movies besides the fact that Mr. Punk (he loves it when I call him that) has a small role in one of them, but whatcha gonna do? Not post that photo? I thought not. Anyway as I mentioned a bit ago this weekend is a very good new movie weekend, and I want to highlight three movies now out that I have reviewed, and which I recommend. Mr. Punk approves! 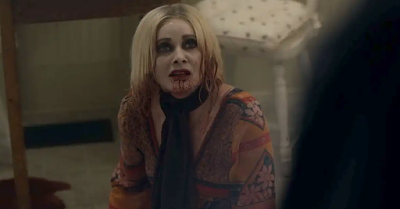 We'll start with the Mr. Punk movie, which is the horror flick Jakob's Wife. His role in the movie is pretty small, but more than makes up for that with mustache. This is the great Barbara Crampton's movie, and what a blessing that turns out to be -- I saw this flick from Girl on the Third Floor (speaking of CM Punk) director Travis Stevens at SXSW, and reviewed it here. I've been dying to see it again ever since, and will do so this weekend! You should obviously join me.

Next up is the latest horror flick from Rebecca director Ben Wheatley (haha I think I will refer to him as Rebecca director Ben Wheatley from now on), a "psychedelic freak-out folk horror" flick that I reviewed at Sundance, right here. This one won't be to all tastes -- like with several of Wheatley's earlier weirder efforts, it's slow and asks way more questions than it answers -- but you should probably take some drugs and watch it and freak out and shit your pants. That'd be the perfect weekend in 2021.

And finally there is Monday, starring Sebastian Stan and Denise Gough, which I reviewed earlier today at Pajiba. Yes, there's penis. But it's not just penis! I promise. That said yes, I will indeed make the above frame from this film the banner on the top of this here website one day, that I can also promise. Watch these movies, come tell me my opinion was wrong in the comments, and have a great weekend, everyone!
Who? Jason Adams When? 5:38 PM
Labels: Anatomy IN a Scene, Ben Wheatley, gratuitous, horror, Sebastian Stan, Sundance, SXSW