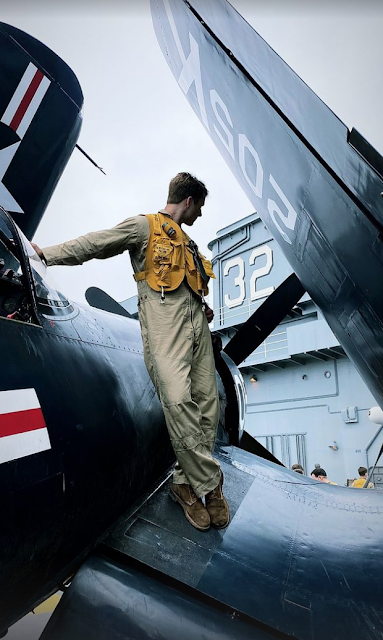 The Scream Queen himself Glen Powell has been pretty active on social media from the set of his next movie called Devotion, the WWII pilots flick he's co-starring in opposite our boyfriend Jonathan Majors -- we told you about that film right here -- so I haven't been able to keep up with everything he's posted, but I could hardly miss today's flight-suit snap. With this and the Top Gun sequel (still) in the pipeline I think it's funny that he's become the go-to guy for pilots -- I guess that playing John Glenn (in Hidden Figures) will do that to a career. I ain't compainin'! He looks terrific in onesies.
Who? Jason Adams When? 2:58 PM
Labels: Glen Powell, gratuitous, Jonathan Majors, Tom Cruise