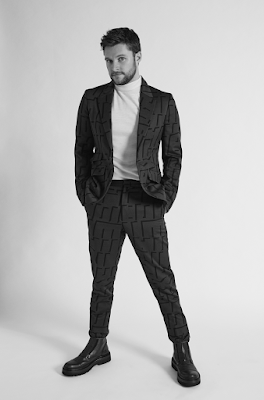 When Midsommar actor Jack Reynor popped up opposite Tom Holland in Cherry a few weeks back I thought to myself... well first I thought, "Make out!" But second, after that, I thought, "Man it's nice to see Jack again. I should be seeing Jack more often dammit!" So I greet today's news with a smile on my face -- he's just signed on to be one of the leads in Amazon's forthcoming adaptation of sci-fi legend William Gibson's 2014 novel called The Peripheral, which is being shepherded by the same duo behind Westworld. Here is how DH describes the story:

"The one-hour drama stars Chloe Grace Moretz as Flynne Fisher, a woman trying to hold together the pieces of her broken family in a forgotten corner of tomorrow’s America. Smart, ambitious and doomed, she has no future – until the future comes calling for her. Reynor plays Burton, brother of Flynne and a US Marine Corp veteran who served in the Haptic Recon unit. Gary Carr co-stars as Wilf."

I loved the Peripheral -- it's a very twisty novel. One of the main characters is MTF trans, which is revealed in a very unusual way (it won't be Jack Reynor's character). It will be a very special-effects heavy movie if it follows the book at all.