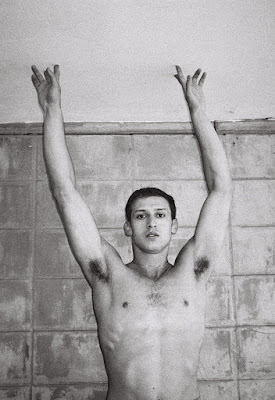 Or as the French say, bonjour le monde! Kicking the week off with some new(ish?) Tom mercier photos -- they are indeed new (via this magazine interview here) but they're pretty similar-looking to the shoot Tom did for VMan magazine last fall when We Are Who We Are was coming out (seen here and here) -- I'm sure it's the same photographer but don't make me look such a thing up please, it's a Monday morning. My fragile state couldn't take that useless effort. Anyway! Here's a quote from Tom in the new interview:

Q: Synonymes had a certain homoerotic background, while We Are Who We Are is clearly queer, does Tom Mercier see himself in the future as a gay icon?
Tom: Being accepted by a community is rare. Communities can be sometimes very close, so being able to be a part of a community is great. Due to the way I have of expressing myself, I don’t feel part of the gay community as a gay person and I never intended to be a gay icon. I would never decide to become an icon, that is something you can’t decide.

Set aside the magazine calling him an "icon" -- I mean I think Tom's great, but let's not go nuts. Did Tom just come out, or did he maybe mix up some of his English? Curious, hmm. Is he saying "even though I am gay I've never felt a part of the gay community," or did he mean to say "I don't feel like I am a part of the gay community or like a gay person"? Am I over-thinking this? I am definitely over-thinking this. With all this over-thinking I could have looked up who the goddamned photographer was and been done already. Sigh. Morning. 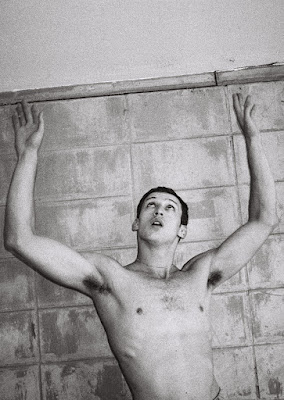 Tom understands how to get publicity and he knows how damn sexy he is.
Dubious responses with mixed signals are intentional, it keeps the mystique. And doesn't limit his options.
And I will continue to watch.