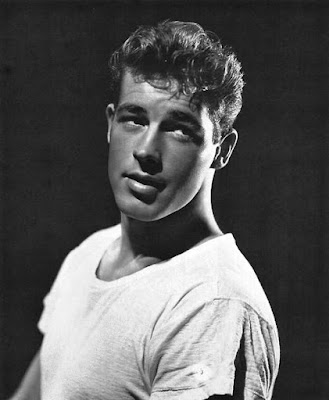 With Sundance now behind us we can reignite some projects set to simmer, like our "Siri Says" series -- here I ask the lady who lives inside of my telephone to give me a number between 1 and 100, and then with whatever number she chooses I pick my favorite films from the movie corresponding to that year. I've done a lot of these posts by now and the remaining numbers at this point are getting slimmer and slimmer -- this translates to I usually have to ask Siri for a number about a dozen times before she gives me one I can work with. But today twas meant to be I guess, because she struck gold on first pick -- she gave me "45" right off the bat, and so today we'll talk our favorite out of The Movies of 1945. 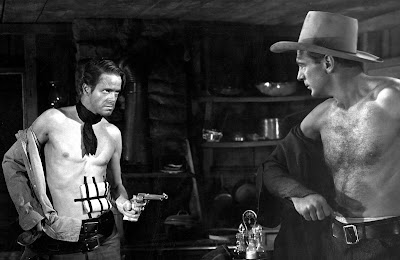 I'd say my batting average for 1945 is decent -- scanning the list of movies out that year I'd probably seen about a quarter of them, although there are several big titles I've yet to see (Noir is a real weak-spot for me). Two of my favorite films of all-time were released this year, but beyond that I had a hard time picking getting my list up to 5 that I fully adore; a list of 4 would've been more honest, but I like the 5th one well enough it's not an absolute cheat. Meanwhile there's one you'd think I'd like better than I do (that'd be Hitchcock's Spellbound, which I've always had mixed feelings about) and there is one movie that I'm sure y'all love (that'd be Blithe Spirit) that I positively cannot stand. (Rex Harrison gives me hives.) All that said onto the list...
My 5 Favorite Movies of 1945 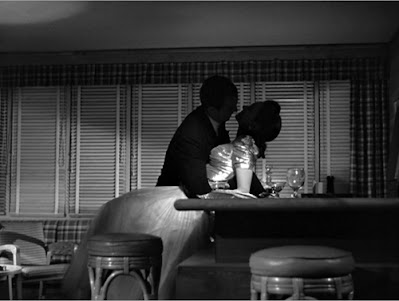 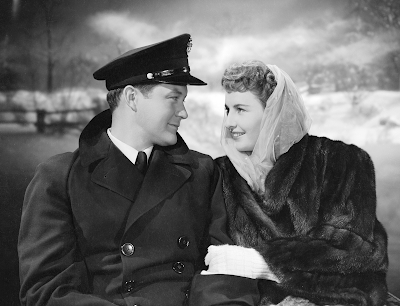 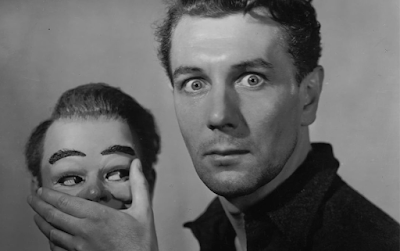 PS before anybody asks -- the top photo is of the actor Guy Madison, who wasn't even in any 1945 movies, but that photo itself was taken in 1945 so I used it as an excuse to stare at that perfect specimen again; sorry not sorry! You can see more of Guy Madison here, yo

First of all where Guy Madison is concerned no apologies are ever needed! What a dreamboat!!

One of my favorite years! We’re definitely going to have some overlap. Mildred Pierce is endlessly rewatchable as is the utter delight that is Christmas in Connecticut!! I liked but didn't love My Name is Julia Ross.

See Scarlet Street ASAP!!! Great film with Joan Bennett, Edward G. and Dan Duryea absolutely perfect in their roles. This was Joan’s peak period with her hitting it out of the park in each film but this is her best performance.

My top 10:
Mildred Pierce
Christmas in Connecticut
Brief Encounter
The Bells of St. Mary’s
Scarlet Street
The Clock
Lady on a Train
Pardon My Past
The Strange Affair of Uncle Harry
Fallen Angel

Runner-Ups:
The Brighton Strangler
Detour
Getting Gertie’s Garter
Hangover Square
Hotel Berlin
I Live in Grosvenor Square
Incendiary Blonde
Kitty
Leave Her to Heaven
Masquerade in Mexico
Nob Hill
Over 21
Pink String and Sealing Wax
Roughly Speaking
Shady Lady
Steppin’ in Society
Where Do We Go From Here?
You Came Along

Having looked at your list, I was inclined to agree completely with you, although, I do like Blithe Spirit. I’ve been involved in several productions of it, directing it once. If someone gives me hives, it’s Gene Kelly, and I’ve never been able to sit through Anchors Aweigh. Since stations like TCM, Movies-TV and This are showing the same movies over and over again, my appreciation for Mildred Pierce has diminished, and I never need to see it again.

Brief Encounter is a beautiful movie. I directed the play and have always loved it. Leave Her to Heaven is marvelous and Gene Tierney is scary good in it. The Picture of Dorian Gray is superb and creepy. Spellbound is good, even though the script leaves something to be desired. Rome Open City is a masterpiece. I don’t think The Lost Weekend holds up. The Bells of St. Mary’s was on a lot when I was a kid and I think Ingrid Bergman is marvelous in it, but you want to slap Bing Crosby for being so glib.

National Velvet raised a lot of issues when I showed it to my film class. I asked if it was fair that Velvet is disqualified because she’s a girl and the boys all thought it was. We did a lot of consciousness raising after that movie. Make sure you have a handkerchief when you see it, too. It’s lovely and it proves that Elizabeth Taylor was a brilliant actress, even when she was young.

The Clock is lovely, and it’s Judy Garland’s first real adult role. Like Rome Open City, Children of Paradise is a masterpiece, I think the greatest movie ever from the French cinema. A Tree Grows in Brooklyn is a good movie and Joan Blondell is especially good in it.

1945 also gave us the first version of Agatha Christie’s And Then There Were None; Blood on the Sun is superb because of the pairing of James Cagney and Sylvia Sidney. I watch Christmas in Connecticut every year. Bette Davis is lovely and the script for The Corn is Green is excellent. Wendy Hiller gives her greatest performance in I Know Where I’m Going, a magnificent film, just as Betty Hutton gives her all as Texas Guinan in Incendiary Blonde. It’s fun to watch Royal Scandal for the performances of Tallulah Bankhead and Ann Baxter. The first film version of Rodgers and Hammerstein’s adaptation of State Fair is one of the year’s bright musical spots, Disney’s Three Caballeros is charming and Danny Kaye is fun in Wonder Man.

I haven't seen "My Name Is Julia Ross," so I'm adding it to my list. I'd probably slot "The Clock" in instead because your other four are unimpeachable.

Definitely watch The Clock. It's a love letter to New York.