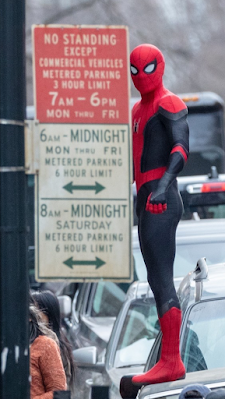 Shooting on the third Spider-Man movie (the third one with Tom Holland, that is) began during the last week down in Atlanta, and here are a few snaps of what JJ claims is Tom Holland himself inside the costume -- whenever the mask is on we can't be sure, of course, but as an expert on "the shape of Tom Holland" I like to think I can recognize him, and that looks like his shape to me (thx Max). Also of note -- there are rumors that one-time TV Daredevil Charlie Cox has filmed a cameo as the lawyer Matt Murdock, but there's no solid confirmation on that. They'd be dumb to recast -- just make a Daredevil movie already! Charlie Cox is your -- and by your I mean my -- man. Hit the jump for a couple more Spider-twink snaps... 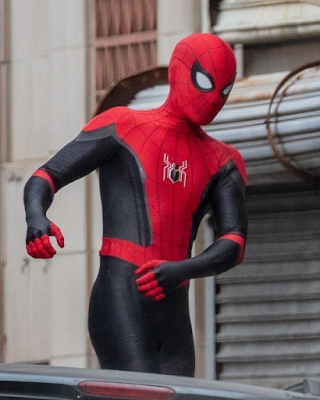 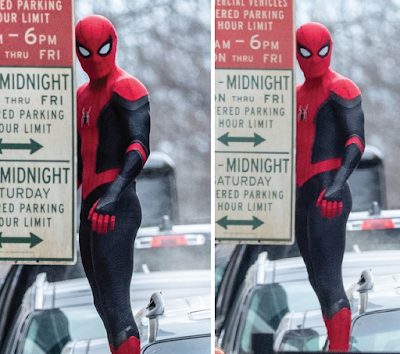 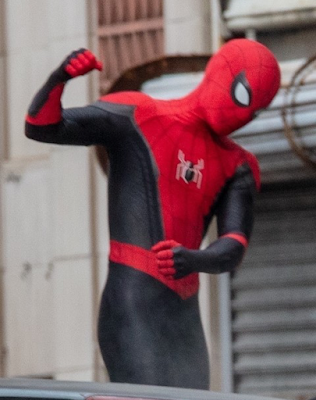 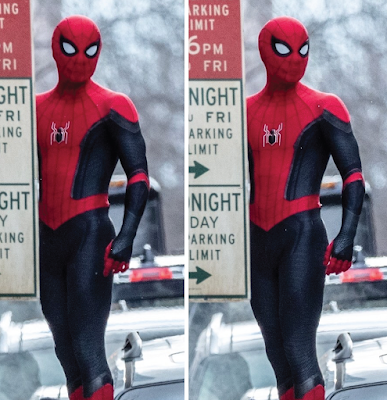