Lust AND Caution? In This Economy? 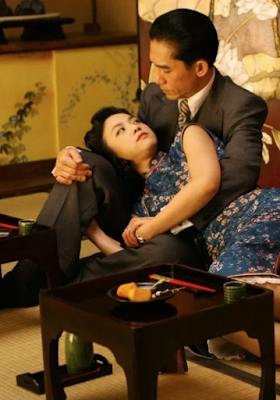 Lust Caution Hive, unite! It is finally our time! Okay I don't actually know if I have a full Hive to celebrate this with me, but if there is make yourselves known! Ang Lee's gloriously underrated 2007 erotic-thriller, which stars Tony Leung and Tang Wei (who should have won all the awards that year) as a pair of lie-tellers with hard-ons for one another during WWII, is getting a fancy blu-ray edition at last. It's one of Ang Lee's best films and did not get the proper attention it deserved at the time at all. Hitting on March 30th -- pre-order it right here! -- the fine folks at Kino Lorber have put together what looks like a premiere U.S. edition, loaded with extras, which I'll share right on after the jump... 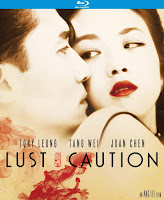 Eeek! I bought this on DVD for like $3 during a going out of business sale at some random store.. but I still haven’t watched it! Shame.