I Care a Lot, About Certain Things 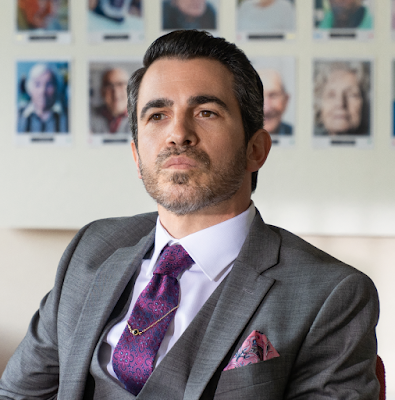 The email I got about the forthcoming Netflix film I Care a Lot really should've led with the fact that it has among its cast both Chris Messina and Dianne Fucking Wiest, because those were the names that got me, and all news and content should be tailored specifically to me, duh. The film is actually a Rosamund Pike vehicle -- she plays a cunning lesbian who robs the elderly by manipulating legal guardianship laws -- and a Peter Dinklage vehicle -- he plays a mobster connected to one of Rosamund's marks -- but let's be real, we're here for them sexy supporters. 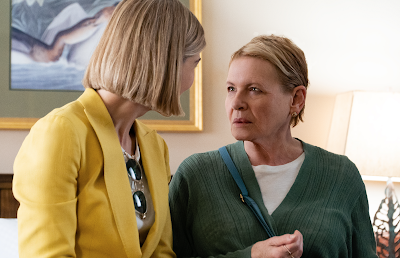 Our beloved Wiest plays Rosamund's latest mark, while Messina... well he wears a suit, has salt-and-pepper stubble, and fucks me through my computer screen with his eyes. At least that's what his character description keeping saying when I try to read it. Also in the movie are Baby Driver's Eiza González, Dune baby Alicia Witt, and Blue Ruin's Macon Blair, while it was directed by J Blakeson, who previously gifted us with that movie starring Chloe Grace Moretz and a tidal wave or whatever. Or maybe it was about aliens. I don't care. I Care a Lot hits Netflix on February 19th. Here's the trailer...

Oh and dd I mention Chris Messina wearing a suit and eye-fucking us? That was in reference to this trailer, and I giffed those bits because... why wouldn't I? After the jump...

Looks great, I remember reading about this, love Messina in a suit almost as much as Freddy Rodriguez in a suit (The only reason to watch 'Bull').
Can't believe they spelled 'revelation' wrong in the trailer.