The Night Xavier Woke Up 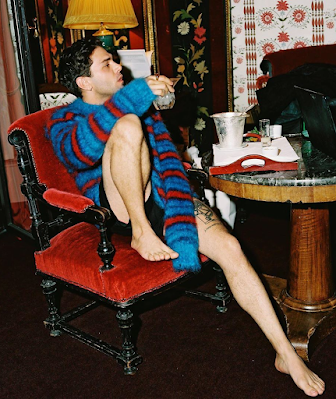 I have just now realized, within the melee of 2020, I never did get around to writing a review of Xavier Dolan's most recent film Mathias & Maxime, which is a real shame -- I remember thinking it was his best effort since Tom at the Farm (which remains my favorite film of his). Maybe before the end of the year (where ever that falls, given the structurelessness of the movie calendar right now) I'll be able to give it a re-watch, share some proper thoughts then. For now there's news on what Dolan is doing next -- he's going to make a five-episode drama for Quebecois TV called The Night Logan Woke Up, described as a "psychological thriller [that] will chart the story of three friends whose lives are shattered after one of them commits rape."
As controversial as that sounds Dolan seems steeped enough in the here and now to me to handle that subject with smarts, I think -- as aggressively in-your-face as his films can be they've never really struck me as provocative simply for provocation's sake. He's certainly no Verhoeven, for better or for worse. I mean the central relationship between a closeted movie star and a starry-eyed little boy in The Death and Life of John F. Donovan maybe could have used more provocation if you ask me? That one felt of hard edges sanded down, which was too bad. Especially with Kit Harington pouncing on Chris Zylka for god's sake. Give me a hard edge, Xav!

The Death and Life of John F. Donovan was so bad it makes me question why I ever liked Dolan.

I saw the play this is supposed to be based on and that description they gave is a little misleading... But I don't want to spoil it.