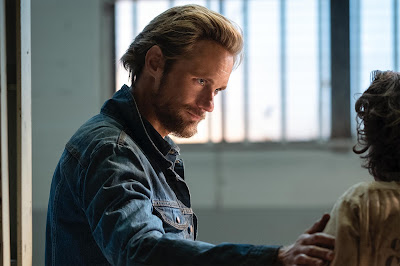 Some new photos from the quickly-barreling-ahead re-do miniseries of Stephen King's The Stand have dropped over at EW -- Alexander Skarsgard and his bouffant-of-evil can be seen above (he's playing the super-creep Randall Flagg, of course) and down below is I believe our first (gross) look at Ezra Miller playing the "Trashcan Man" -- I do believe this was only a recent revelation, that Ezra was in this and playing this character, that I totally missed? Well I know now, and that's good f'ing casting for the role. You can see some more images at BD today too (thx Mac), those ones being of the promotional sort. The Stand begins airing on CBS All Access on December 17th! 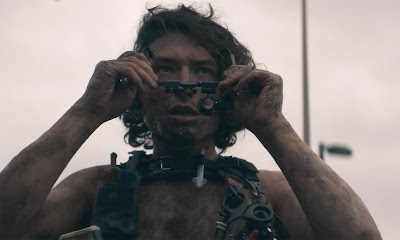 I love that phrase "bouffant of evil". Every religious con man of the past century, and the one currently in office.