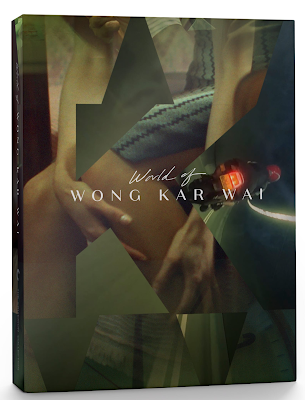 We've 99.44% known this was coming for months, since the start of 2020 really, but Criterion finally today announced their next big boxed-set will be of Wong Kar-wai films! The pandemic delayed this, no doubt -- it was always meant to coincide with the touring screenings of WKW's films that are currently screening online here in New York at my beloved Film Society and will be traveling around the country (virtually) for the next few months. But finally, the details -- it will include 4K restorations of seven films... 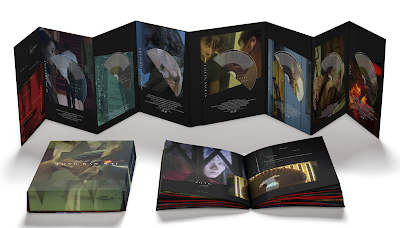 ... including As Tears Go By, Days of Being Wild, Chungking Express, Fallen Angels, Happy Together, In the Mood for Love, and 2046. Eight films if you count the new version of his first, a short called The Hand, which has apparently been lengthened. ETA here's a trailer for the set, and yes you should get your body ready to swoon:
There was some drama online last week about how much WKW changed the movies from their original cuts for these new restorations -- apparently he made some quite large switcheroos having to do with their formats and frame-shapes and coloring, but he released a thorough statement explaining the changes which can be read over here.

Wong Kar-wai talks the changes he made in the new restorations of his films! Some of them seem pretty big! https://t.co/5YftrAJQpx

I haven't had the time to watch any of the new versions over the past couple of weeks -- although I did just re-watch In the Mood For Love a few months ago, and it remains utter perfection. But it doesn't sound like he did much to that one. Oh and I only saw Fallen Angels for the very first time over the summer! I try to meter out WKW's movies because I never want to run out of them to watch. It's such a vivid world to get lost unto every damn time.