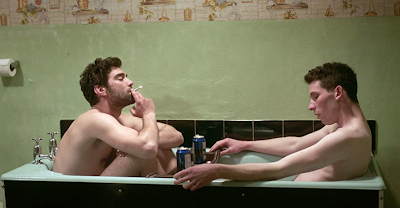 Gheorghe: My country is dead.
You can't throw a rock in most towns
without hitting an old lady crying
for her children who have gone.

I am sure one of you will know what I am talking about and can correct me as to the specifics, but I want to write this out without googling those exact specifics because the way our memories twist things are usually more interesting than the flat realities of them. So anyway way back in the day during its first few seasons I used to watch American's Next Top Model, and there was this one model contestant one year who was from some very poor Eastern European country and as she listened to the spoiled princesses around her whine about nonsense she cut them off and in her thick Dracula-tinged accent said, and I quote (or perhaps paraphrase), "In other people's country there is war."
Is that actually what that girl said? I don't know. But that is what has become a catchphrase in my household all the same -- my boyfriend and I use it to amusingly stop the other's bullshit in its tracks. And to bring this back to the start that phrase, "In other people's country there is war," is what popped into my head as I read that quote above from Gheorghe in God's Own Country just now. Same vibe!

Anyway! There are two reasons I am bringing up Francis Lee's film God's Own Country today -- one is that today is the birthday of the actor Alec Secareanu who so memorably played Gheorghe in that film, winning our hearts for a lifetime. He's turning 36! We adore him. Put him in everything, world! (Me included.)
The second reason I am bringing up God's Own Country is Francis Lee's second movie is out online this very day! Ammonite, a lesbian romance starring Kate Winslet and Saoirse Ronan, is now online -- you can rent it in many places, including right over here on Amazon. I have every intention of having a full Ammonite review up before today is over so stay tuned for that, but for now let me just say I adore the film way more than the general consensus that seems to be forming, and also birthday boy Alec Secareanu is actually in it! He plays a doctor, and he looks REAL GOOD you guys. 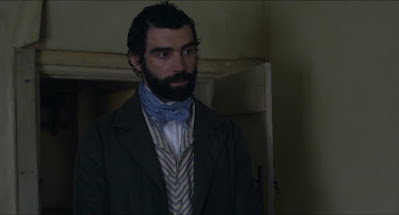 He was so wonderful in God's Country. Great chemistry with Josh O'Connor as well. We need to see him more. (I was going to say we need to see more of him, but we saw all of him in GC.)

Oh, man. Apparently, I'm the only person in the world that didn't like this movie. I REALLY wanted to. I love O'Connor in everything else.