The Fabulous Madness of Mackenzie King 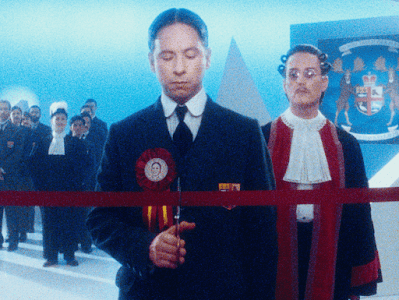 Being teleported unto another reality, warped or nay, is or should be high on everybody's wish-lists in the year that's been twenty-twenty, and have I ever got a Brundle-machine for your tired and needy and wanting brains today -- The Twentieth Century, out on demand this Friday, is Gold Diggers of 1933 meets Eraserhead, and it's a fucking trip, man. Guy Maddin, the old-timey gauntlet's been tossed in your general way!

TTC is the first feature from Winnipegger Matthew Rankin, but its awesomely deranged accomplishments feel anything but first -- and I suppose with fifteen years of short films under his belt it isn't, not technically. Granted the film's multi-chaptered structure often gives the film the feel of several single-reeler adventures stuck together, but that turns out an appropriate aura to give off given its turn-of-the-century (the last last century, of course) positioning. 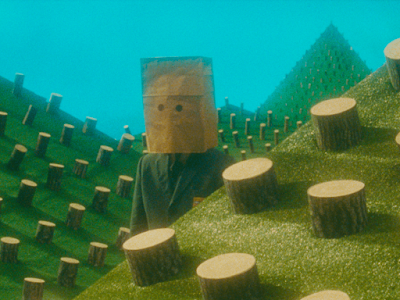 Familiar That-Guy face Dan Beirne plays actual one-time human being Mackenzie King, the haughty and mother-laden Prime-Minister wannabe at the center of our most strange and surreal tale. The city is Toronto, or a Toronto as imagined by Karel Zeman on poppers anyway, and the year is 1899 -- lurching at the precipice of modernity, a future as far as the antiquated steampunk robot eyeball can see, King sees himself as a banner man for tradition. He parts his hair like he means it.

Mackenzie's on the path to the big time, and from her curtained black bed-frame Mackenzie's mother (a hysterical Louis Negin, teeth first always) whispers deranged proclamations in his ear, preconceptions of high fortune and valiant romance that will be his, forever his, if he can be... well, just a little damn better. Their relationship, off-kilter as everything in this place, is awash in perversion, and that's before we even get to the boot-sniffing and enthusiastic cacti. I've seen a lot of films over the past several years trying to do what The Twentieth Century is doing -- straining for that particular weirdo Guy Maddin Magic of stuttering frame-rates and flashes, silent film iris fades in the place of much meaning. They're all visual trickery, no real substance. What Rankin gets right, gets better, is first and foremost his script, which is chockablock in beautiful funny-ass wordplay, with well-maneuvered set-ups to gags that pay off far down its twisty turny seemingly hand-drawn road -- this movie honestly and truly had me laughing harder than I have laughed at anything in ages just by teaching a puffin puppet to speak French.

But speaking of puffin puppets -- and what deranged mind wouldn't want to speak of puffin puppets when given the puffin puppet opportunity? -- TTC ain't just words, it's a bag of madly inspired and queer visual tics, all piled high into a beautiful squawking symphony of mad bird song, somehow terrifyingly beautiful in spite of its cacophony. I fell in love fast and hard, and it was one of those ones where you're worried the rickety nailed-together stairs the film's built for itself will topple, could easily topple, at any turn -- you're holding your breath at its daredevilry, and then with a swan's grace it shrieks, it snaps, and it lands a perfect ten. 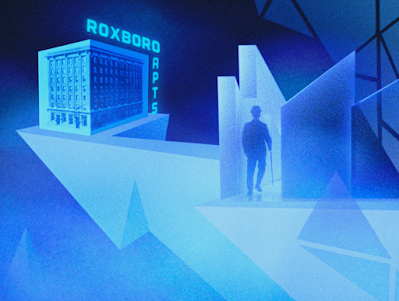 Find places to watch the film starting this
Friday right here! And here is the trailer:

I can't wait to see this. I've seen two different trailers and they both look out of this world. Hope it gets released in the UK.