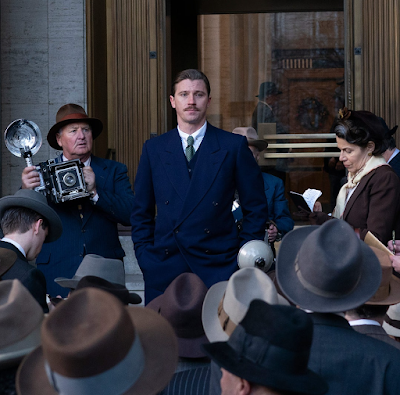 Precious and more importantly The Paperboy director Lee Daniels has a new movie coming out which we told you about last September, called The United States vs. Billie Holiday, which is about the singer having been a target of the Federal Narcotics Goons (that's their official title) -- it stars Andra Day as Holiday alongside, as you see above, Garrett Hedlund playing the mustachioed head of the Goons Squad, and as you see below, Trevante Rhodes playing an undercover agent who had a long affair with Holiday. Per usual, Lee Daniels making his leading men all-time swooners. These images come via Vanity Fair which has a big new feature on the film with several more shots -- the film is set to be released in February. I should add, since it is notable, that this movie also has Natasha fucking Lyonne playing Tallulah fucking Bankhead. MY GOD. 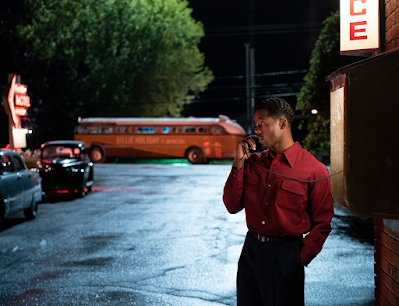 Wow, I’m very much looking forward to this one.

Diana Ross's son, Evan has a role in this film. Interestingly, she played Billie Holiday in Lady Sings the Blues, based on Holiday's book. It wasn't exactly truthful, but she was nominated for an Oscar. She lost to Liza Minnelli for her riveting performance in Cabaret, one of the greatest movie musicals of all time!

Yes! Another role scored for Trevante Rhodes! It's been too damn long coming, and I hope we don't have to wait as long for the next one.