Once You Go Goth You Never Go Back 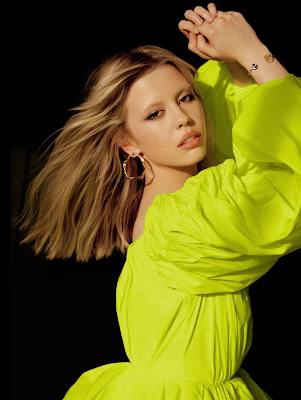 It's been four years since House of the Devil director made a new movie -- that would be his western In the Valley of Violence starring Ethan Hawke and John Travolta, which... I don't believe I ever saw? If it had gotten great reviews I would have managed to, but without those and with that cast -- I'm not much of a Hawke fan while I am vehemently not a Travolta fan -- I just never mustered the oomph for it. Anyway West has been directing lots of TV in those fours years, but he's finally announced his new film -- it's called X (yes just the 24th letter of the alphabet, the dirty one) and it will sta, to my delight, the great Mia Goth. Sometimes if my mood strikes me right I think Mia gave the best performance in Luca Guadagnino's modern masterpiece Suspiria, a film brimming with wonderful performances, so this news is the tits. 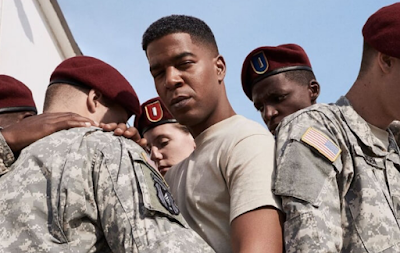 Also cast -- speaking of Guadanino! -- is Scott Mescudi aka Kid Cudi, who can currently be seen on Luca's series We Are Who We Are (the finale's tonight!); I am taking this randomness to mean there's a connection between Luca & Ti that I don't know about, which delights me. Invite me over for dinner, you two! I wanna be your third! Also also cast is Jenna Ortega, a former Disney star I guess whose face is familiar but I don't think I've seen her in anything? She's also in Scream 5 though, so we have a Scream Queen in the making, it seems. X will be distributed by A24, which portends horror quality we all know -- otherwise they're keeping all the details under wraps.

This picture of Mia Goth just lit up my entire afternoon pic.twitter.com/MFYRDEvQOB

Ti West is a great talent. I’ve loved most everything he’s done. House of the Devil was fantastic. The Innkeepers and The Sacrament were good.. I fell asleep watching In the Valley of Violence though. Can’t remember that one or whether it was all that good or not.

when Kidcudi popped up I was like mi scusi Mescudi! For someone who has a 25 k restriction and has been quarantined for yonks I'm really loving it especially lil bits of italy and nature sigh