Happy accident time -- I was looking up some random something or other this morning when I stumbled upon this adorable footage of Robert De Niro and stache making adorable faces for us in the 1969 "lost film" Sam's Song. You can watch the 50 minutes or so of footage that there is at this link -- the film was never formally finished, but when Robert De Niro later became "Robert De Niro" some crafty producer in 1979 did have the footage mutilated excuse me re-edited into... 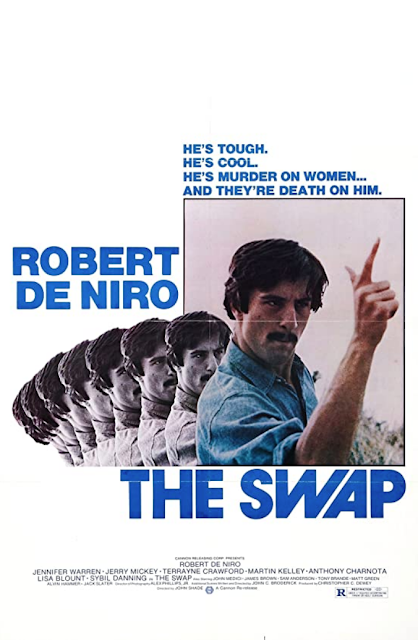 ... a film called The Swap, which apparently makes absolutely no sense at all. (But I do really like the poster you see there, which was actually the genesis of this particular rabbit hole I'm dragging you down right now.) I guess they added footage with a new actress playing the former leading lady and made no attempt to explain why there were two women in the same role, and something tells me they weren't trying to out-Buñuel Buñuel. Anyway Bob looks super-cute in the movie don't ya think? And that's what matters. 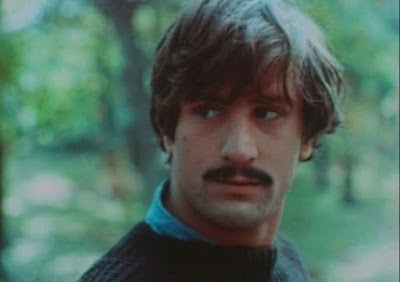 young Deniro doesn't get the proper attention for the stud he was. Thanks for posting this.

I don’t like him as an actor but damn he was HOT. Not as hot as young Pacino but still pretty fuckable.