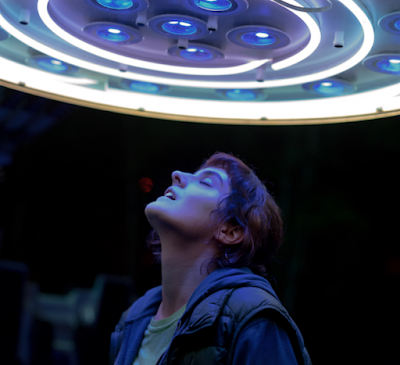 Just when I thought it was safe to be done with film festivals for a skinny minute, they suck me back in! And I for one couldn't be happier to get, uhh, sucked. You know what I mean. My beloved hometown of Rochester New York is hosting the second edition of the Anomaly Fest this weekend -- although, since the the concept of "place" has ceased having meaning, Anomaly will make like all the other fests and be all Virtual this year. Running for four days, this Thursday the 12th through this Sunday the 15th, they'll be hosting 14 feature films and 35 shorts, all soaked and drenched and gooped-up in good ol' genre weirdness. 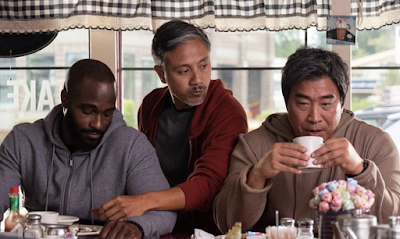 There's the rollicking kung-fu comedy The Paper Tigers, the whackadoo Canadian alternate-history surrealism of The Twentieth Century, documentaries about the puppetry of Gremlins (!!!) and about the last Blockbuster store in the world, and of course, be still my beating, an absolute league of scary-looking horror flicks, which I will surely have things to say about once the time arrives. Oh and they're screening... 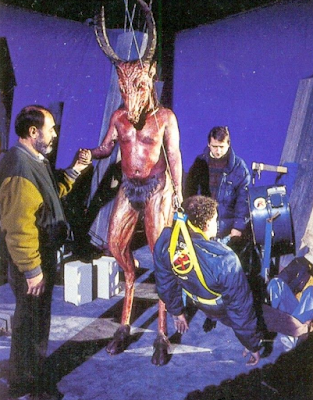 ... Álex de la Iglesia's truly insane 1995 nightmare The Day of the Beast, which can only be seen to be believed. That said the movie they're screening that I'm most enthralled by is Jumbo, Zoé Wittock's film that stars Portrait of a Lady on Fire's ace Noémie Merlant as a young woman who becomes sexually attracted to a theme-park carousel ride. I mean once you've had Adèle Haenel no human's gonna compare so I get it, I totally get it! 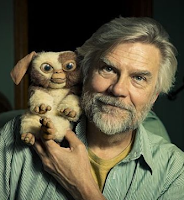 You can check out all of Anomaly's line-up over on their site -- you can only watch films from the feature film line-up if you're in New York State but the shorts programs, which are abundant and look like a hoot and a half -- a hoot and three-quarters, even! -- are available to all Americans. But only if you voted for Joe Biden. Okay I made that part up but it should be true. When I make a film festival I will make it thus. Aaaaaaanyway stay tuned, as I will be reviewing some flicks from the fest over the course of its run, from November 12th through the 15th. Go buy tickets and we'll watch them together, like friends do!
Who? Jason Adams When? 5:45 PM
Labels: Anomaly Fest, horror