The Flora and The... 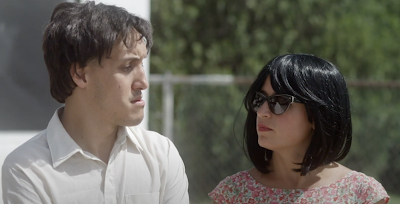 Hello and a belated heads-up that one of my New York Film Festival reviews went up this past weekend -- click here to head over to The Film Experience to read my thoughts on the latest flick from Mexican-Canadian filmmaker Nicolás Pereda called Fauna. It's sort of like David Lynch making an Alejandro González Iñárritu movie but as a comedy. And if that description doesn't make it crystal clear that means I liked it. So many bad wigs! Also the actor Gabino Rodríguez, on the left there, is somebody to watch I think -- he's got a fascinating face, one of those ones the camera really loves to stare at. He reminds me of my beloved Franz Rogowski in his off-kilter way. And he's actually featured in two films at NYFF this year (see also Tragic Jungle, which is screening this week -- that's him in the background down below) so I think we will probably be seeing more of him around. 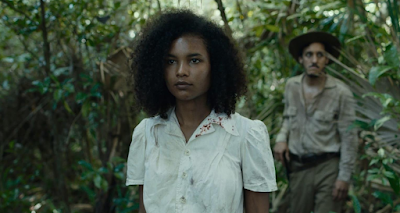