Run a Train on Aaron & Brad 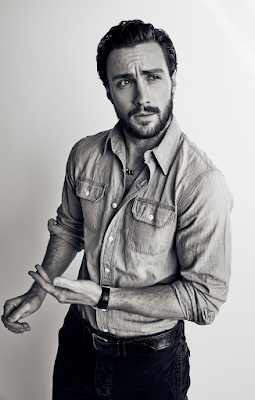 Now here's a tag-team I could sandwich myself between no prob -- Aaron Taylor-Johnson's just joined Brad Pitt's next movie! It's called Bullet Train and it's being directed by Atomic Blonde director David Leitch and it's based on a book about four deadly assassins (is there another kind of assassin?) who find themselves all onboard a you-guessed-it bullet train speeding between Tokyo and Morioka, Japan. The other two assassins are played by actress Joey King and the fantastic-faced action-star Andrew Koji...

... (yes I am asking you to look at his face) who's been previously seen on Peaky Blinders and the show Warrior, among others. Anyway I hope that Brad Pitt gets himself the full "Charlize in Atomic Blonde" action-star treatment from Leitch, and yes I include "bisexual lighting" and "bisexual make-outs" under that heading -- if Brad doesn't make out with either Aaron or Andrew I am gonna toss a fit the likes of which ain't nobody ever seen. That said Aaron, as the "other white male" in the cast, is the bad guy slash immediately more disposable, right? Well I hope he gets to make out with Brad before he dies. That's really all I wish for any of us. 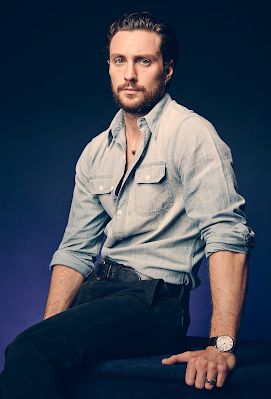 1) Thank you for the Andrew Koji pictures and 2) the casting choice that actually drew the most attention from me was Joey King, which is ... interesting. Not saying it can't work, it just brought me up a bit short.