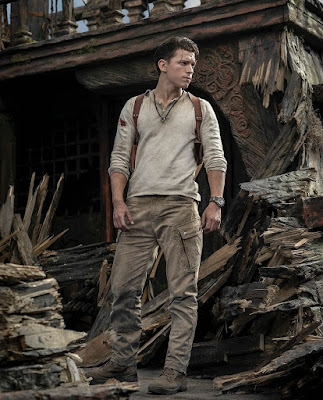 Tom Holland has just premiered the first photo of Tom Holland playing the adventurer Nathan Drake in the big-screen video-game adaptation Uncharted via his Insta -- I have never played that game because I don't play games except little puzzles on my phone during my subway commute or occasionally some Mario Kart. But I understand Uncharted to be a kind of Indiana Jones rip-off, just twinkier, correct me if I'm wrong. Ruben Fleischer of Zombieland fame is directing this, and Tom's joined by Mark Wahlberg and Antonio Banderas -- filming had been interrupted by the pandemic I think, so who knows what the timeline is anymore -- I know Tom's also supposedly supposed to have been filming the next Spider-man movie right around now too, so I don't know what's happening. There's your headline. I don't know what's happening. Oh except one thing I do know is I never shared those photos of Tom recently spied half-naked in public here on the site, but I did share a few over on the Tumblr, I do know that. Hey it something. 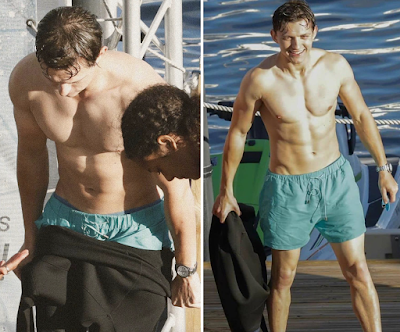 Uncharted is an amazing game. I’ve been through it three times and loved it. If you ever play a game, this is such a good one to try. And just google Nathan Drake and you’ll see how handsome they made him, especially in the last one.

But a movie? That’s probably not gonna be that good. It will probably end up like the Tomb Raider films, not that great. And Tom Holland playing Nick is quite a step down in looks, no hate on TH. They should have gotten that guy that played Rock Hudson in the Hollywood series on Netflix.

Nathan Drake is not twinky at all!!! I love Tom, but he seems too young and slight for Drake. Nathan is more Jai Courtney