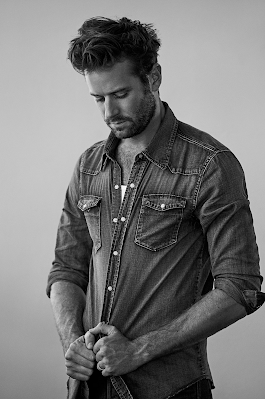 This wasn't even the biggest news that I didn't get around to posting about yesterday -- did you know that yesterday was the 20th anniversary of Darren Aronofsky's Requiem For a Dream as well as the 25th anniversary of the films Copycat, The Doom Generation, and Leaving Las Vegas? Well you wouldn't have if you only got your updates from this shitty website! -- but I figure this gives me a chance to post a picture of Armie Hammer, it's worth a backtrack. Armie got a new movie! It's an action-comedy called Shotgun Wedding and it will have him starring opposite Jennifer Lopez as a couple who force their family to travel for an expensive "Destination Wedding" only to have their entire wedding party kidnapped by gun-wielding maniacs. So kind of like Armie's film Hotel Mumbai, but with less splattered brains and more yuks. Sign me up! (Actually this sounds like a movie I'll hate but we'll see.)

In related news there's a new video chat with Armie over at Collider where he talks about Rebecca and junk (thx Mac) and he says he thinks that Luca Guadagnino should wait to make the Call Me By Your Name sequel after ten full years have passed, which would mean we're talking 2027. (He also jokes that he'd look mid-40s doing it while Timmy would still look 23, because he's clearly heard your catty comments about how much he's aged, haha.)

Armie (I love how everyone rolls his name off like is isn't weird) - Armand is much better. He is a stiff actor - yes I loved him in CMBYN but he was stiff in his acting...lol...for that movie. He reminds me of Jamie Dornan. Nice to look at with dead fish eyes. Maybe they lack overdramatic emoting...I don't know.