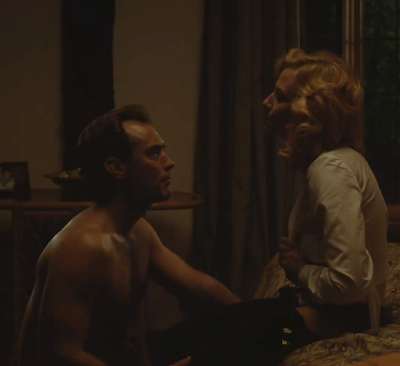 Today has blessed us with the first full trailer for The Nest, Martha Marcy May Marlene director's new film starring Jude Law and Carrie Coon as a well-to-do married couple on the rocks -- IFC says they're releasing this "in theaters" this Friday but as a resident of a city still half shutdown I have no idea what that means; I guess check your local listings (and then don't go because we are in the middle of a pandemic). The film is definitely getting a VOD release on November 17th though, which honestly, after seeing the film last night myself...

... feels much more appropriate a release date anyway -- it's the perfect Thanksgiving Movie! Watch it with the whole family and then carve each up for dessert. Anyway more to come on this film at some point in the near future obviously, and here's that trailer: