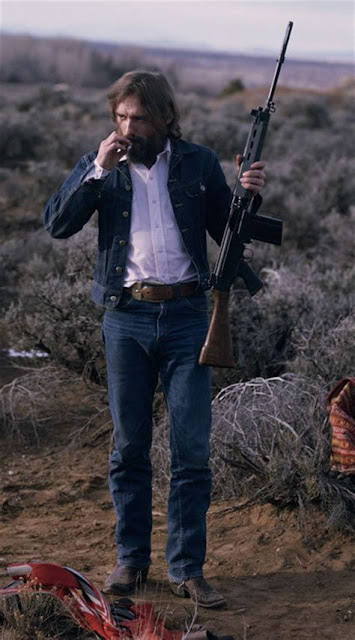 I'm a little worried that my NYFF review over at The Film Experience of the new doc Hopper / Welles -- which presents us with footage that director Orson Welles shot of actor turned director Dennis Hopper in 1970 while the former was working on his forever-delayed film The Other Side of the Wind -- might ruffle some feathers, since it turns into a bit of an anti-Boomer screed by its end. And that's not a knock on the doc, which I found fascinating, but maybe not for the front-loaded reasons -- something about the phoniness of Hopper's sketchy positioning of himself just rose to the level of "This is what happened to us to make the world burn" for me as I sat watching the doc while the West Coast was actually, literally on fire. I got real angry! I will submit to a hashtag "Not All Boomers!" here, but y'all do have a bit of a reckoning with your legacies, generationally speaking, coming, and I hope the good among you get that. Just check the polls and go talk to your damn people -- I've been screaming at all the ones I know for years now. I have alienated everyone my mother knows dammit!
Who? Jason Adams When? 3:26 PM