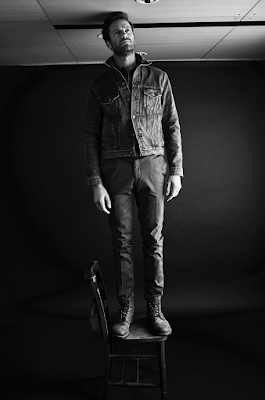 ... that is to say a follow-up, with regards to MNPP's Facebook page -- I posted at the start of this week that our Facebook page had been taken down because I'd linked to a post here on the site (now deleted) where I'd shared images from the Dune trailer which had leaked onto Twitter. After that happened I started a second Facebook page and told y'all to follow that... but then that got taken down as well. (I have taken down that first post telling you to go to the second FB page now as well.)

So as of right now MNPP does not have a Facebook page. And for now I'm just gonna leave it be. I don't really pay attention to "numbers" in general but specifically especially when they come to "engagement" -- I am pretty damn right-brained and just want to spout my drivel; as soon as talk turns to click metrics or whatever they're calling it all of my holes glaze right over.

Point being I know some of you lovely people out there did follow MNPP via Facebook, but I don't think my traffic will collapse like a house of cards without it, and.... Facebook just sucks, man. They suck real real bad. So fuck them. For now. Follow me on Twitter (yes Twitter also sucks but leave me one social network, I beg of you) or just come right here to the main source!

Are you responsible for the end of Armie Hammer's marriage? I think you are... homewrecker. ;)

Yeap, fuck Facebook. Good on ya. I've actually had more than one person say they won't go out with me because I don't have a Facebook page to prove who I am. What?! SMH. These are ostensibly adults talking.