"The Woman's Body Is All Wrong!" 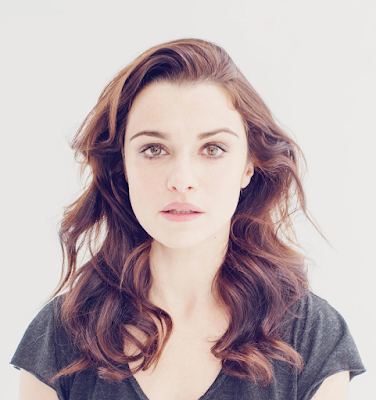 It's been announced that Rachel Weisz is going to star in an Amazon series based on David Cronenberg's film Dead Ringers. Now... I love Rachel Weisz. I do. There are far fewer actresses that have their own tags here on MNPP than there are actors, and she's one of the golden. And I have made my indifference towards the concepts of remakes known several times at this point --Remakes can be good, and if they're not good they can be forgotten, and in neither instance do they effect in any way whatsoever the quality of the original thing your loved so.

Okay... that might not be entirely true, as for example I might actually now appreciate Dario Argento's Suspiria a wee little bit less after seeing what Luca Guadagnino was able to masterfully do with the same basic idea in his remake -- Luca did manage to make the 1977 film ring a little more hollow, in retrospect. Anyway basically what I said stands. I can still one hundred percent enjoy Argento's film as a piece of exquisite style. 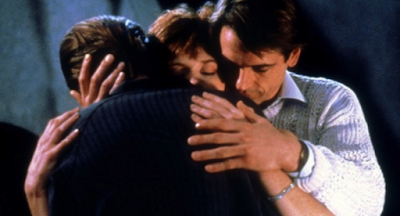 Which brings me to my point -- in theory I shouldn't have anything against the idea of Rachel Weisz resituating David Cronenberg's 1988 horror flick as a vehicle for herself, where she will play the twin gynecologists that Jeremy Irons played so chillingly effectively back in the day. I love Rachel Weisz, and I love the idea of Rachel Weisz as Creepy Twin Gynecologists. The film is about sex and gender already -- flipping that on its head (or rather its deformed uterus, if you will) will be interesting. Idea sold!

And yet... I am hesitant? I guess I just need to see who comes on board to actually make this thing. According to the trades it was all Weisz' idea, as a series for Amazon -- they don't name any other names besides her, and that she will produce it. David Cronenberg is one of those directors whose name has actually become a definition outside of him -- Cronenberg means something. And Dead Ringers is one of the most Cronenbergian of the Cronenbergs, with its Body Horror baked right in. Basically, I guess I am just withholding my enthusiasm until I have more information. All I will say is hey, Rachel, David Cronenberg is still alive! He still gives interviews about trying to get movies made! Maybe get Dave on the phone... 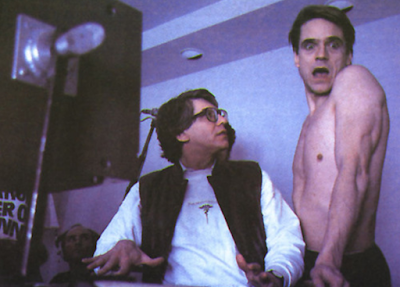 ... or not! Hiring a female director to investigate Cronenberg's ideas would also be interesting! I guess I just need more information before I am comfortable, and even then, I will remain suspicious until the thing is right in front of me. Just ease me in slowly, Rachel. This is maybe just a lot all at once. If you wanted to make it real comfy for me you could have your husband Daniel Craig come hold my hand and explain it all to me, slowly, thoroughly...
.
Who? Jason Adams When? 2:34 PM

Having never seen the original, I think I'd be more interested if they went full-out with the gender swapping and made her twin doctors with male patients. A urologist, maybe?

Man, the day Guadagnino makes a dud in your eyes you’re gonna relapse.