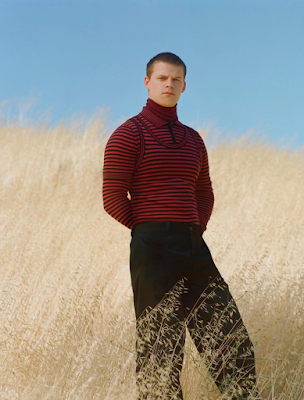 Yesterday the New York Film Festival announced that French Exit, starring Michelle Pfeiffer and Lucas Hedges, will be their Closing Night film this year -- of course what "Closing Night" means in 2020 is still kind of up in the air at this point; for the most recent explanation of how they're supposedly going to be doing things check out this piece at IndieWire. It involves lots of virtual screenings and working together with the great already-established Rooftop Films here in NYC to do outdoor screenings, basically. 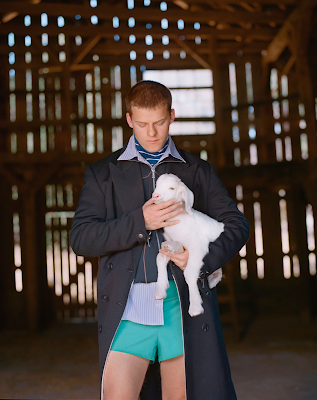 But I'm getting off topic! French Exit is from director Azazel Jacobs, who made the fantastic film The Lovers back in 2017 (I reviewed it at the Tribeca Film Fest that year) with Debra Winger and Tracy Letts as the typical "old married couple" who're both having serious affairs but who suddenly re-spark to each other. I very much recommend The Lovers. I haven't read the book that French Exit is based on but our pal Nathaniel made a really good case for it over at The Film Experience yesterday -- he says it's short and very darkly comic. I like both of those things! 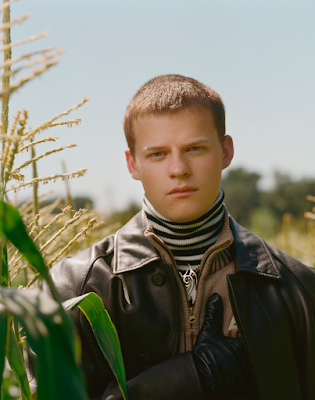 He also says the role is a killer one for Michelle Pfeiffer on paper, and that if all goes right she might be dallying with Oscar this year, which is so overdue at this point it's outrageous. Have any of you read the book? In other NYFF news they announced their Opening Night movie will be Steve McQueen's film Lover's Rock, one fifth of McQueen's "Small Axe" anthology that's set to air on the BBC before the end of the year -- see my post on Small Axe right here. 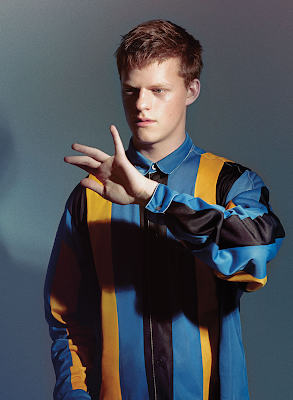 Two others in the anthology will also be screening at NYFF. The films are mostly loaded with unknowns actor-wise, but a few big names -- John Boyega and Letitia Wright -- do jump out. Anyway the 2020 edition of the NYFF runs, however it runs, from September 25th through October 11th, and we should be hearing the Main Slate of films within the next couple of weeks! Get yourself a sassy turtleneck, go stand in a cornfield, and stay tuned until then! 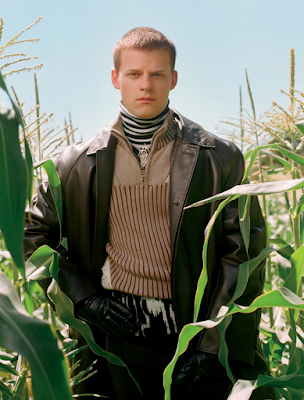 I'd LOVE to perform a FRENCH EXIT on Lucas.

Lucas Hedges in short shorts holding a baby goat is a fucking mood.

What! You haven't read it, Jason! Granted, you seem to be a very busy person, but French Exit is a quick read, an ostensibly deadpan romp like an updated Waugh comedy, albeit with a dark edge. Anyway, not too much text on the page, you could inhale it over a weekend. I enjoyed it (I was even touched), but it struck me as tricky to adapt. How to juggle the blackly comic tone of the opening chapters with the creeping gravitas and sentiment of latter? And that cat, the embodiment of the principal character's late husband, how on earth do you portray that without it turning into a gimmick? But I hope that deWitt, Jacobs, and the talented cast succeed. The early word is good, and it would be great to see both Michelle Pfeiffer and Lucas Hedges get a shot at ultimate prize from AMPAS: long overdue for the accomplished veteran, and recognition of budding skill in a young craftsman. Good luck to all!

Timmy Chalamet and Tom Holland stole his career. Lucas could never compete lookswise with those two.

He was never competing "lookswise" with those two.