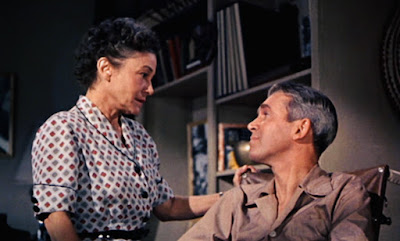 Stella: Intelligence. Nothing has caused the
human race so much trouble as intelligence.

Even when I was a kid this quote from Thelma Ritter's character annoyed me. (Yes I was a nerd, why do you ask?) It makes perfect sense for her character, crammed full of folksy anti-intellectual colloquialisms, but that's a strain that runs through Hitchcock that I've never cottoned to myself. It makes him a very American film-maker though! It's part of why I will always consider him, for all his Britishness, a quintessentially American storyteller. He really believed and bought into the Dream of this place. I mean who else threw the bad guys off of the Statue of Liberty or Mount Rushmore?

Anyway I'm not sure why I am going off on that tangent -- I mean okay yes clearly given the state of the world, it makes sense why I've got American anti-intellectualism on my mind. But I'm really just here to wish my favorite Hitchcock movie (not to mention my sometimes Favorite Movie of All The Movies) Rear Window a happy 66th birthday! 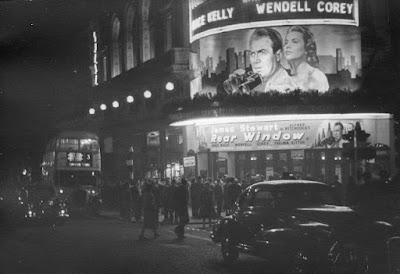 The movie premiered here in New York City at the no-longer-standing Rivoli Theatre at 1620 Broadway on the night of August 4th, 1954 -- the premiere was actually a benefit for the American–Korean Foundation hosted by the U.N. for some reason, I don't know. The Korean War had just ended, I guess. Anyway the film was beloved from the get-go, getting rave reviews from basically everybody, but that wasn't too weird for him circa the mid-50s, at least until he cashed in his chips with Vertigo in '58. Sandwiched as it was in the center of his three movies with Grace Kelly this was clearly a very happy time for the director. 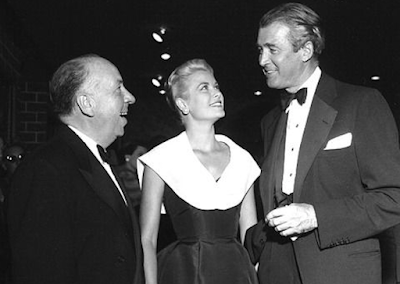 In related news this is one of the four films getting dropped in a fancy new 4K blu-ray boxed-set next month -- "The Alfred Hitchcock Classics Collection" contains brand-new updates of Rear Window, Vertigo, Psycho and The Birds, and streets on September 8th. The most exciting content on this set is the inclusion of the "uncut" version of Psycho, which includes itty bitty bits of footage that Hitchcock had to cut in 1960 for the censors. I'm not convinced the film needs these extra snippets of prurience as I don't know if you noticed by it works just fine already! But from a historical standpoint it'll be interesting to see. Here's a video about the "uncut" version: