If It Bleeds It Leads 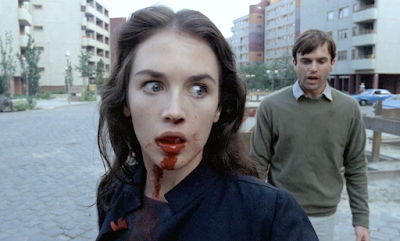 It's funny -- as I write up this post, the one you are reading right now, I have in another tab on my desktop a new piece at Vox from trans writer Emily VanDerWerff about reading Ari Aster's film Midsommar as a stealth trans-narrative. And that reading aside it does strike me that Midsommar and Andrzej Zulawski's 1981 masterpiece Possession, which I wrote up for this week's edition of my "Great Moments in Horror Actressing" series, do have some weird overlaps! They're both about the central heterosexual relationship failing spectacularly, as the woman decides to choose chaos over the almond-paste cuck-boy she's partnered with when the movie starts... 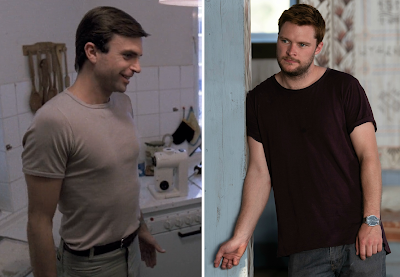 You might read this as a failing of my person but I've seen Possession three, maybe four times now, and I never once got that Sam Neill's character is supposed to be playing a spy? It's a piece that makes sense in the narrative, which has its characters sneaking around along the Berlin Wall and play-acting out Film Noir plots that grow more and more ludicrous as the film's grasp on any sense of sanity slips. (By the time a row of cars are spontaneously exploding and Margit Carstensen's poor dead body is ejecting itself from a trunk you'd be forgiven for thinking of the absurd climax of American Psycho, where Patrick Bateman's fantasies have got over the top too. 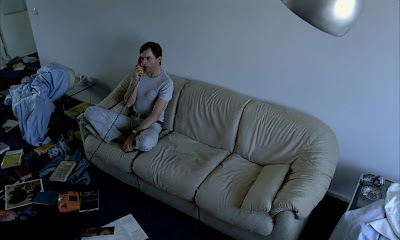 My point is that I never got that Sam Neill's character is a spy because he's pudding -- person pudding, tapioca pathetic, impossible to love, and you one hundred percent get why Isabelle Adjani is so frantically scratching to get away into the arms, excuse me the tentacles, of another... uhh, man? Just like with Midsommar you one hundred percent get why Dani chooses to light Christian up in that bear suit. And both films were directed by heterosexual men (although truth be told the jury's still out on Ari Aster, if you ask me) detailing the recent dissolves of their relationships. Both films clearly, I think, take the woman's side in the break-ups, and showcase their leading men as poisonous. 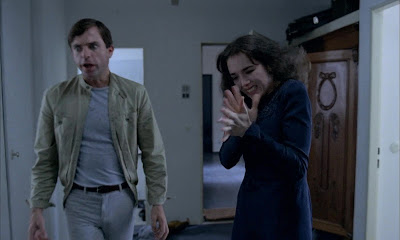 Anyway I wouldn't have immediately thought of Possession and Midsommar as a good bed-fellows but now that the double-feature has presented itself by random way of my brower-tabs I don't think I'll ever think of anything else. They work! Alright so go read my new piece on Isabelle Adjani and Zulawski's film over at The Film Experience... and in summation, Sam Neill has a rooster named Michael Fassbender.

No wonder that Pig is so damned fat . And #MichaelFassbender the cock. That is one overweight chicken . Still , at least they share. pic.twitter.com/9LYcHQmBB0
— Sam Neill (@TwoPaddocks) July 1, 2020

Emily’s piece is at Vox, not Vulture

Oh good catch, I'll fix that. I really just looked at the V in my browser tab and my first thought was V for Vulture, and even as I added the link I didn't realize. Whoopsie :)

I've been trying to watch Possession since high school!! Is there a proper region 1 release? I can't find anything anywhere. WHERE CAN I WATCH IT? OMG.

Way too expensive to ship to Canada but thank you for the link anyway! Love you.

I can’t believe criterion or kino or arrow or any one of these fancy DVD companies aren’t picking this up. I’m sure it’s a rights issue but still.....

But I love tapioca pudding. Why you hatin’ on tapioca?