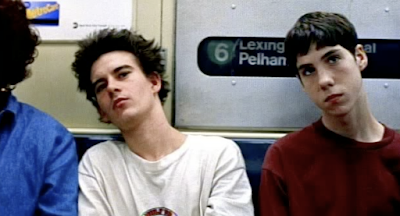 Telly: When you're young, not much matters. When you find something that you care about, then that's all you got. When you go to sleep at night you dream of pussy. When you wake up it's the same thing. It's there in your face. You can't escape it. Sometimes when you're young the only place to go is inside. That's just it - fucking is what I love. Take that away from me and I really got nothing.

Today is the 25th anniversary of Larry Clark's film Kids which, well, if you're my age you remember what a big deal this movie was in 1995. Do you have a show like Euphoria on the air in 2020 without Larry Clark's Kids? I don't think you do. It broke down a lot of barriers in showing teenagers being their disgusting true selves. That said...

Was thinking about re-watching Larry Clark's Kids before its 25th anniversary in September but I'm kind of dreading it? Def haven't seen it in 25 years -- what is the place for Larry Clark in 2020? I'm not sure I can even approach an answer pic.twitter.com/YYzdJRvK36
— Jason Adams (@JAMNPP) July 7, 2020

... I still don't know the answer since I still haven't gotten myself around to re-watching the movie. I just keep staring at the DVD case with anxiety. Oh and today is the 25th anniversary of the film's limited release -- it went wide(ish) on September 1st. Which seems insane -- that it even played in nearly 200 theaters around the country. And made eight million dollars at the box office. And made stars out of Rosario Dawson and Chloë Sevigny. Aww I miss the 90s. 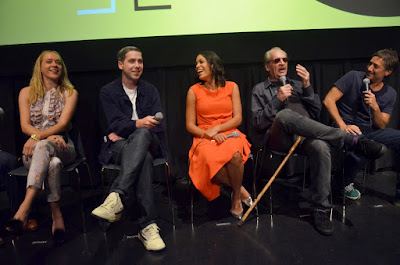 That's a photo from a cast reunion for the film's 20th anniversary out at BAM in Brooklyn. I wasn't there -- was anybody reading this there? It feels like things were so different even just five years ago, how we'd approach a movie like Kids.... an artist like Larry Clark. The conversation has shifted. I should shut up because for all I know the movie holds up and foresaw the conversations about where the world's going and doesn't feel like a exploitative leering out-of-date proto American Apparel ad, I haven't seen it in so long. But I just have my suspicions it leans towards that scenario... 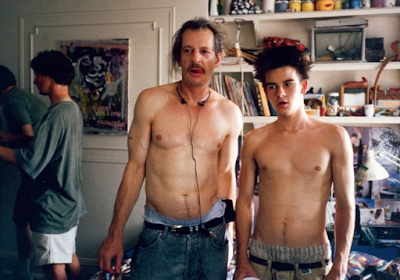 The first time I truly felt old was watching this movie in the theater. I was all of 22--mind you. I kept thinking "Where are their parents"?