Don't Rainer on My Parade 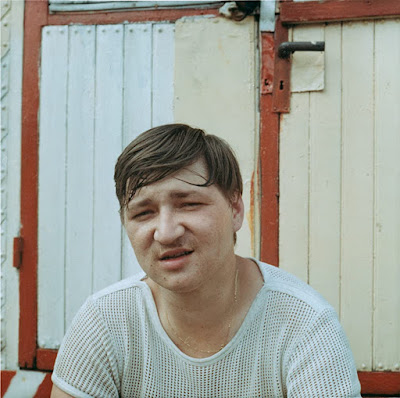 There have been several Rainer Werner Fassbinder related news items this week and I've been shitty at mentioning all of 'em -- this past Sunday would've been Fassbinder's 74th birthday, and whenever it's his birthday I always realize anew how damn young he died and what a huge loss it is that we haven't had him making movies all this time. We're coming up on the 40th anniversary of his death in a couple of years -- that's four decades of Fassbinder movies we have done without for stupid damn reasons. What a loss. And speaking of loss another bit of Fassbinder-adjacent news was...
.

RIP THE SUPERB IRM HERMANN
What a terrible week this has been.
Can somebody awful die now please? pic.twitter.com/ySOHAKYIhi
— Jason Adams (@JAMNPP) May 28, 2020

.
... actress Irm Hermann died on May 26th. She's one of the few who made it through RWF's entire career, putting up with his immense bullshit from even before his first movie Love is Colder in Death (she was in some of his short films preceding it) all the way through to Lili Marleen in 1981, a year before his heart exploded from all the drugs. That's not to say she skated by -- he was emotionally awful to her every chance he got, as well as physically abusive -- you can see their tumult playing out in lots of the roles he gave her; I've always assumed her role as the silent, masochistic servant in The Bitter Tears of Petra von Kant was probably the most biographical. And given her importance in his life... 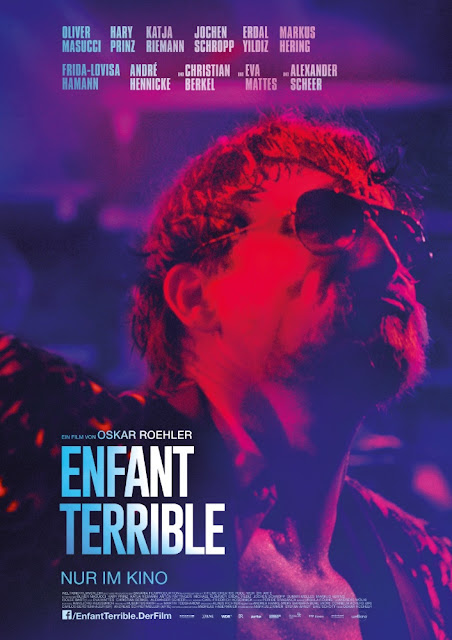 ... I'm a bit shocked to see her name not listed in the list of characters in Enfant Terrible, the perfectly titled forthcoming biopic of Fassbinder that just today whaddya know got a trailer (via, thx Mac). I'm going to have to plead ignorance with regards to any of the people involved -- the director is named Oskar Roehler and he seems to have worked for a long time in Germany but I haven't seen any of his films. Likewise I don't recognize any of the actors...

... Oliver Masucci is playing Fassbinder; funny enough he's in the Netflix series Dark which just came up on MNPP this very morning since it co-stars birthday-twink Louis Hofmann -- I guess that show just flew up the list! 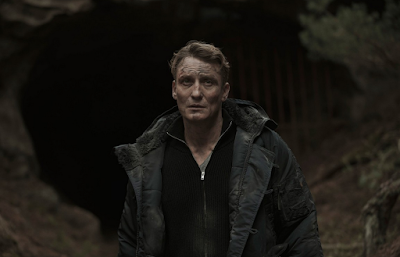 Back to Enfant Terrible though -- I've been hollering that we need a Fassbinder biopic for, hey look at that,  almost exactly a decade now -- see, here's a post I posted in 2010 titled "Let's make a Fassbinder biopic" even. I wouldn't lie to you. And yes, even though he sucks as a person I still think Jeremy Renner would have been perfect casting. 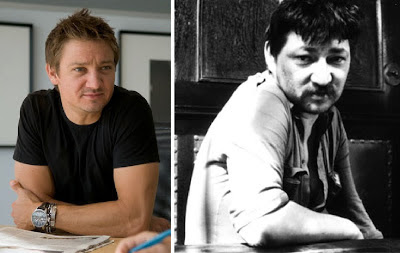 I mean it is kind of ridiculous how perfect he'd have been. But part of why I have always wanted this biopic has actually come to life on the IMDb page for Enfant Terrible -- just scanning through its cast of charactersmakes me absolutely positively giddy. Brigitte Mira! Rosel Zech! El Hedi ben Salem! Kurt Raab! Ulli Lommel! Armin Meier! Cinematographer Michael Ballhaus! Composer Peer Raben! Hanna Schygulla! MY BELOVED BARBARA VALENTIN!!! These names are like superheroes to me -- they are my Mount fucking Rushmore. 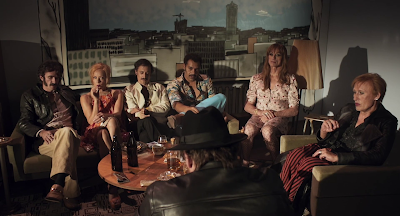 That said, me knowing Fassbinder's life and his company so well introduces problems here in that it introduces distractions. Big distractions. Like hey, Fassbinder didn't look that scraggly when he made Love is Colder Than Death! He was still relatively baby faced then...

Although, that said, Frida-Lovisa Hamann is a
shockingly good match for Hanna Schygulla. 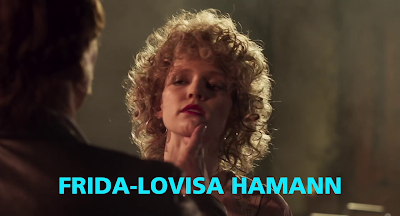 Right? But that itself introduces more problems, because according to IMDb Hamann is playing a character named "Martha." WTF is a Martha? She's clearly playing Hanna fucking Schygulla! This leads me to believe they couldn't use the names of some of the real-life folks, because of rights or whatever, and that shit's gonna drive me BONKERS when I'm watching the film. Like I'm guessing... 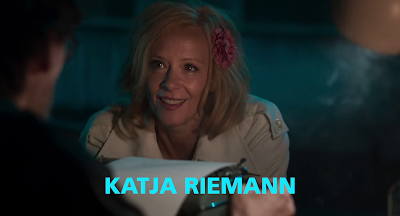 ... that Katja Riemann's character is either supposed to be Irm Hermann or maybe Margit Carstensen or I guess possibly Barbara Sukowa, but according to IMDb her character is named "Gudrun" and I'll be damned if I know any "Gudrun" in RWF's circle. Gudrun who, motherfuckers? If she is playing Irm that explains why Irm's name isn't on the IMDb cast of characters at least. And the same goes for André Hennicke... 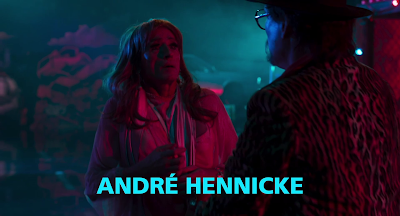 ... playing somebody named "Carlotta." I don't know any damn Carlotta. Is this Vertigo? Did I take a wrong turn at Vertigo? Anybody know a Carlotta? That said I do recognize the outfit Fassbinder's wearing in that above shot as his costume for the movie Kamikaze 89, a film which he was an actor in (he didn't direct it) right before he died. 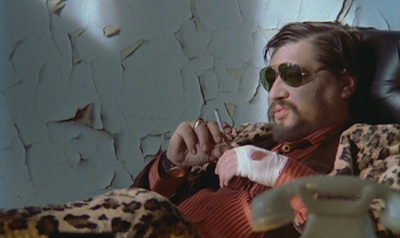 I mean... do you see how crazy this movie's going to make me????
All this rambling and I haven't even gotten to the gay stuff!

That's how nuts this is going to make me. But I suppose I should catch my breath because the film isn't even getting released in Germany until the fall, October 1st specifically, and there's no word whatsoever on a US date. One good sign -- the trailer they've released today does have English subtitles, so they're clearly thinking about audiences outside of Germany with this. Fingers crossed! Oh and I suppose I should post the trailer now? Sure why not...

Tom Mercier would've been a good choice too ...