We All Scream At More Scream 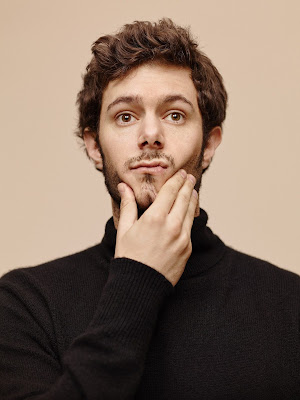 Adam Brody is only related to this news insofar as the directors of his last movie are the news, but don't we like looking at Adam Brody? let's look at Adam Brody as we read this news. The day could use some Adam Brody. Anyway the last movie of his of which I speak is last year's lil' horror phenom Ready or Not (reviewed here), which was directed by Matthew Bettinelli-Olpin and Tyler Gillett (aka 2/3rds of the directing trio that call themselves Radio Silence for some odd presumably dude-bro reason), and those two have just been announced as the directors of Scream 5. 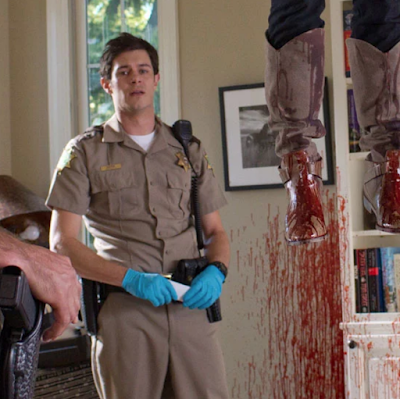 Yes, as in the Scream with the Ghostface Killer and Nev Campbell and Courtney Cox's bangs, that franchise. (And yes Adam Brody did indeed play a cop in Scream 4.) A fifth one, which might be a total reboot or might be a sequel, we don't know. But a fifth Scream film, even though Wes Craven is dead. I don't know. There's far worse news in the world so I can't exactly get worked up about a Scream movie being made without Wes Craven, but if "Well it's not Coronavirus!" is all ya got, I don't know what to tell ya. 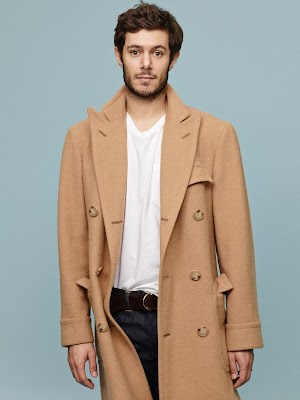 Personally, I'm against the idea of a Scream 5 because of this: Each Scream movie satirizes something extremely specific: 1 did horror movies in general, 2 did horror sequels, 3 did trilogies and 4 did remakes and reboots....what's left for 5 to do honestly? Plus, maybe I'm wrong, but I don't feel like Neve would be up for it either at this point.

That being said though, I did love Ready or Not so if anyone's going to take over for Craven, I'm glad they picked some decent directors. Maybe they can get Samara Weaving and Kristian Bruun to be in this? IDK.

Never liked that dude, just not my cup of tea, I guess.