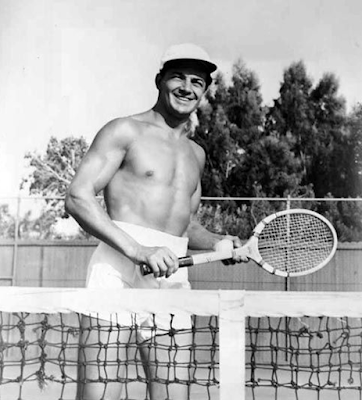 In the interest of full disclosure, I have something to share this morning. Prepare yourselves. You're about to get shook. Everything you thought you knew about me was a lie. I'm a fraud. A phony. A charlatan times twelve. Yesterday morning I did a post about Dana Andrews co-starring in the movie Leave Her to Heaven, movie I love, which is getting a fancy Criterion release later this month. Don't go looking for it though, the post is gone. I deleted it. Because it was pointed out to me that Dana Andrews does not star in Leave Her to Heaven. Cornel Wilde stars in Leave Her to Heaven. 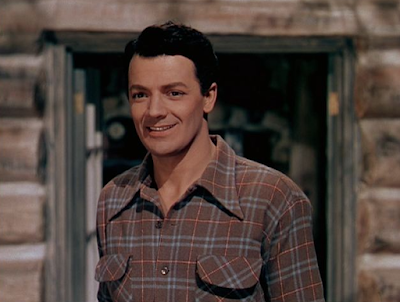 Where did I come up with Dana Andrews? I don't know. I have no idea. I mean I guess they look somewhat similar, and Andrews did star opposite LHTH star Gene Tierney in her other best known big star vehicle Laura one year earlier. 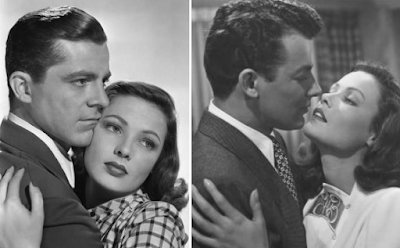 Still how silly and awful of me. I am ashamed. Oh well, I'll make it up with a couple of photos. As seen in that top photograph Cornel Wilde appears to have been in much better shape than Dana Andrews was. Or maybe it was a wash... 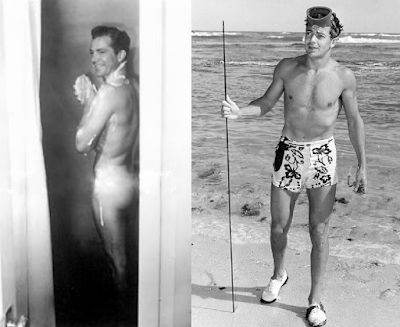 Did they ever make a wrestling movie together
so I could see who wins? That's the only way to
sort out any conflict, dontcha know.


Just decided I’m ditching my screening tonight to play the part of the recluse and five minutes after this showed up in the mail, clearly an accolade for my misanthropy, score!!! #leavehertoheaven @criterioncollection
A post shared by Jason Adams (@jasonaadams) on Mar 7, 2020 at 1:41pm PST

If you haven't seen it before you should check out the 1948 Road House for peak Cornel Wilde gratuity and some excellent noir melodrama.

Your comments yesterday about Dana sometimes just being there, and he was on occasion, makes much more sense now that it was Cornel that you were actually speaking of.

He was a babe for sure in his prime but he was often quite vacant. In most of his films he was an early precursor to the John Lunds, Wendell Coreys, Barry Sullivans etc. of the 50's that in his case functioned as a very attractive prop for Gene Tierney, Linda Darnell, Betty Hutton or Ida Lupino to just plow right over on their way to the center spot. He did have an advantage over Dana Andrews in that he looked good in period clothes, Dana looked out of place, and so he was more at home in costume pix.

He did develop more gravitas in his 50's when he moved into producing and directing as well as acting. If you've never seen it you might want to check out his The Naked Prey (that would be Cornel), where he functioned in all those capacities.

Cornell Wilde later starred and directed “The Naked Prey” (1965). In the film he’s chances by African warriors but he’s not actually naked, just a skimpy loin cloth. At 53 he was still quite fit.