Vanity Working on a Weak Head... 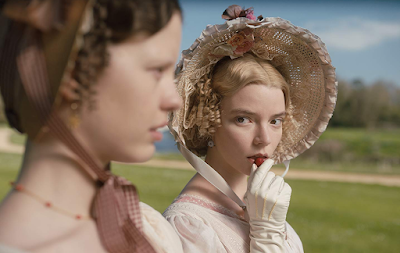 "... produces every sort of mischief."

The character of Jane Austen's Emma has always been a bit of a pain in the bum. She's a bored rich girl who can't stop sticking her nose into other people's business and rifling around for sport -- all the better, we gather, to ignore her own glaring issues with intimacy. Mr. Knightley whom? The adaptations that've come over the years, most notably with the one-two punch that was Amy Heckerling's masterpiece Clueless in 1995 and then Douglas McGrath's lovely but more straightforward adaptation starring Gwyneth Paltrow a year later, have always had to wrestle with this -- Emma (or Cher as the case may be) always needs to dapple with charm and wit, so our time spent with her doesn't feel like a chore. We don't want to feel like we're having a catty brunch with Ivanka. Ever. The Mean Girl cliff doth lie precarious here.

Out in theaters this weekend Autumn de Wilde's Emma. -- the period is for, I don't know, the end of romance itself? -- starring Anya Taylor-Joy in the lead, kind of feels like it's flung itself lustily right off the edge of that Mean Girl cliff. Taylor-Joy's Emma Woodhouse, outfitted like the high priestess of pomp and bonnets and ringlets and circumstance, marching herself into an intimate war of matchmaking frenzy, comes off best described as a cold-eyed sociopath. She's a petit four with fangs; a confectionary cautionary tale. 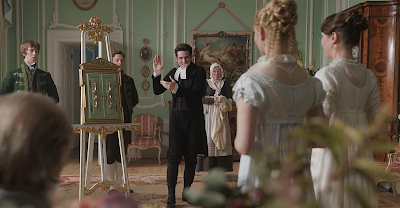 More akin to Glenn Close's manipulative Marquise in Dangerous Liaisons, I was never sure if I was supposed to be rooting for this creation, or if I ought to be mortified for every poor unfortunate soul that fell into her calculating orbit. Ultimately, unfortunately, I don't think the movie is sure either. It's an admittedly gorgeously costumed and shot film with a load of character actors to like -- Bill Nighy is typically a treat, and all of the somewhat interchangeable boys are cute enough -- that seems to vertiginously swirl around an empty center; Emma as existential horror stuffed into our candied pink hearts.

The subject of "likability" when it comes to female characters (and women in general; just look towards any debate stage for that still exhausting proof) is always a weapon wielded to beat back complicated women... and by "complicated" I just mean, you know, human beings. Whatever's happening with anybody's genitals the truth remains, scarcely a revelation to anyone older than day, that people are complicated. Trying to be likable at every moment to every person you encounter? It's an uphill climb, that one. 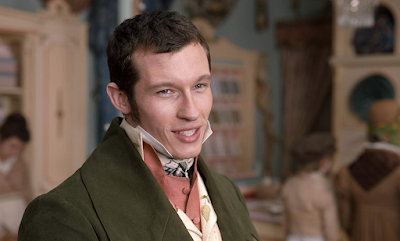 And yet. And yet in the act of storytelling some coherence is appreciated -- an arc that takes a character from one place to another; a tone that feels deliberate, even if it's gleefully bounding about. De Wilde's Emma. doesn't entirely seem to know how noxious Anya's Emma is landing here in 2020. There's the occasional nod towards the wait-staff skirting the edges of these people's trivial romantic games -- the idea of the Poor as madcap and mishandled props is introduced.

And yet, like this Emma's general meanness of spirit, those moments only seem to scrape against the grain of the film, like two sheets of metal shooting off harsh sparks. I came out of this film merely confused, not sure who I was supposed to be rooting for, even as the music swelled and romance ensued and the pretty people stayed pretty and rich and unpunished. War and revolution couldn't come quick enough to these particular houses -- a pox upon them plenty. 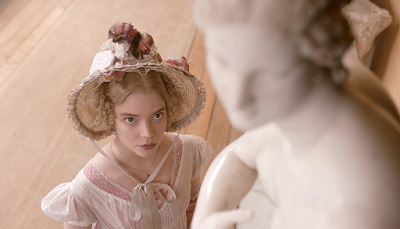 That's disappointing. I never felt any particular need for yet another version of Emma, the Paltrow one was the ONLY time I've ever liked her onscreen and the cast surrounding her could not have been more note perfect.

So why play with that? That Emma was self absorbed but very kind to those around her, even her ill treatment of Miss Bates came about though thoughtlessness rather than spite or the intention to hurt which made Knightley's dressing down all the more impactful.

This sounds like a skip. Who needs another bitch in our lives.

"The character of Jane Austen's Emma has always been a bit of a pain in the bum."

Can I ask, from the other side of the Atlantic, whether the use of "bum" to refer to the bum is increasing in the US? When I was a boy, we were told that Americans only used it to mean a tramp, and we used to giggle at a song whose chorus went, "Hallelujah! I'm a bum." Now, from yours and other sites, I have the impression that Americans are taking up "bum" (please note inverted commas) in a big way...

Too bad! I am always mesmerized by Anya Taylor-Joy's face and thought she'd be perfect for Emma. I'll skip this

Completely agree. Was so disappointed in this and even though I know and love the story, was actually rooting against this particular Emma. And Mr. Knightely's nude scene was entirely gratuitous and unnecessary. Should have known when I saw that it was EMMA with a period that no good result was afoot.

I was really looking forward to this, since there are so many fine actors. I was terribly disappointed! They all seemed to be reading their lines in a vacuum, with no connection to the other characters. I didn't feel anything for any of them, and it didn't seem like any of them felt anything for each other. I had no idea why Emma would have anything to do with this Harriet, much less than Mr. Elton or even Mr. Martin would. Mr. Knightley came in like a shaggy wet dog to drip all over the proceedings. The last straw was during Mr. Knightley's proposal, when Emma's nose started uncontrollably bleeding, and made what could have been a moving moment (finally!) into a travesty. The whole movie seemed like a not very enjoyable send-up. Of course, Bill Nighy is an expert at this, as Mr. Woodhouse being walled up in anti-draught screens. It seem like this was a metaphor for all the characters, who managed to put barriers between themselves at every opportunity.