The Big Boy of Buffaloed 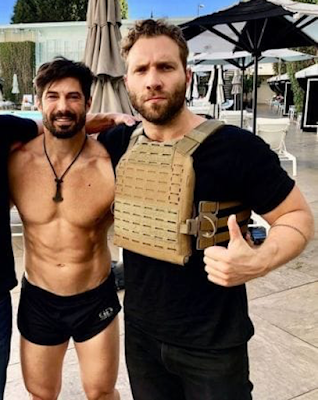 Speaking if Jai Courtney -- what, I did throwaway mention that Captain Boomerang should get his own spin-off yesterday in my Birds of Prey review, that totally counts -- I keep forgetting to share a very important bit of information! A comedy called Buffaloed that he's got a small-ish role in is opening up here in New York (at the Quad to be specific) and a few other cities this weekend -- check this link for where and when -- and it's an absolute fucking delight.

Fuckin' delight! If this sounds at all familiar good for you, you pay attention to me, because I reviewed the movie at Tribeca last spring. One thing I said:

That place is Buffalo New York, not far from where I grew up myself, so I know from what I speak. Anyway the movie actually stars comic wunderkind Zoey Deutsch (you know her from Set It Up and The Politician as of late) as a colorful debt collector on little bit of a rampage; Jai plays her boss and rival, while Judy Greer, ever loving Judy Greer, plays her mom.

And the movie doesn't totally waste Judy Greer! That's reason enough to buy a ticket. Also on board is Schitt's Creek husband-to-be Noah Reid as her brother and Jermaine Fowler as her love interest. The movie's a whole heckuva lotta fun, says me. Here's the trailer:

Oh and Deutsch and director Tanya Wexler (who's working with Jai again on Jolt, which I told you about previously right here) will actually be doing some Q&As at screenings this weekend here in NYC, and you can check the Quad's site for the specifics. (If Jai was actually gonna be there I would be too, but alas.)

Um, no mention of hot daddy in his underwear? Who is that?