No Bounty But Your Blood in My Body 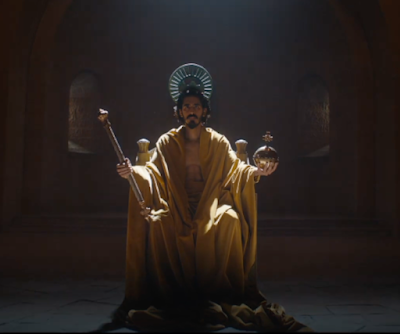 When it was announced last March that David Lowery, director of Ain't Them Bodies Saints and my beloved A Ghost Story, was going to adapt the classic poem Gawain and the Green Knight for A24, I was immediately thrilled. The terrific Dev Patel was cast in the lead, and then they filled out the supporting cast with a who's who of Great Movie Faces, 2020 Edition -- Barry Keoghan! Sean Harris! Joel Edgerton! Ralph Ineson aka the dad from The Witch! Speaking of...

You had me at Kate Dickie pic.twitter.com/iIoMi2XvCW
— Jason Adams (@JAMNPP) February 13, 2020

Kate Dickie, the mother from The Witch! There are actually all sorts of crossovers with these actors, with Prometheus and The King popping up. You can tell when a director is interested in pointing his camera at interesting faces because one or more of these folks inevitably pop up.

Anyway the trailer for The Green Knight, as it's called, has arrived today, and it's got everything I want in a trailer. It's got those faces, it's got Joel Edgerton stabbing things while wearing just a kilt and covered in blood, it's got Dev Patel's abs on fire...

Abs on fire, y'all! Some people might think the selling point of that shot, which I cropped a lot, is Dev Patel's head on fire, but it's really the abs. Dev's looking fine! It's got this pair of shots: 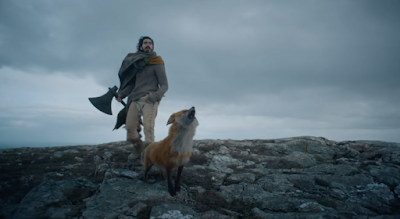 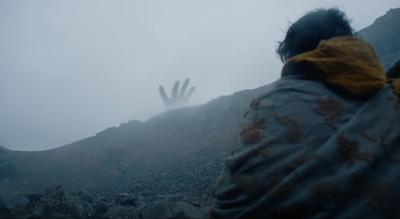 I still haven't seen Lowery's re-do of Pete's Dragon but I heard wonderful things about it and these shots are giving that vibe all the same -- the fox-hound and the quest through foggy wilderness... it's a vibe I very much dig, is my point. Here's the trailer:
.
.
The Green Knight is out on May 29th.
.
Who? Jason Adams When? 10:21 AM