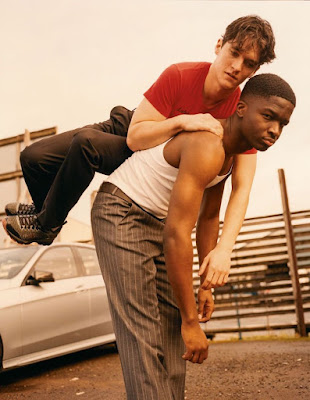 I never wrote up my thoughts on Sebastian Schipper's film Roads when it screened at Tribeca last year cuz my TFE compatriot Nathaniel really loved the film, more than I did, and he wanted reviewing duties. That's not to say I didn't like the movie, I did, but my feelings were a little more ambivalent. At least from that's what I recall -- it's been a year since then, and I'm not sure if this film ever got a release here? It definitely got released in Germany though, where Schipper's a bigger name, and so their edition of Interview Magazine interviewed and photographed the films leading men, Stéphane Bak and Dunkirk twink Fionn Whitehead, seen here. That chat's auf Deutsche so I don't know what they say in it, but I do have the blessed photos, and they're after the jump... 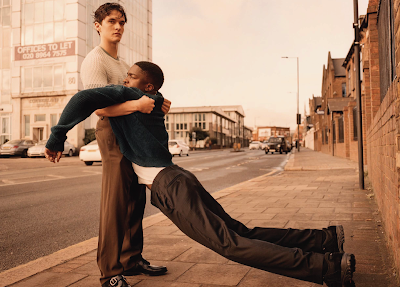 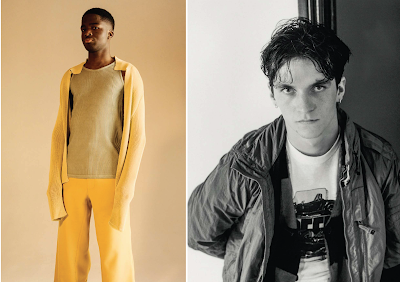 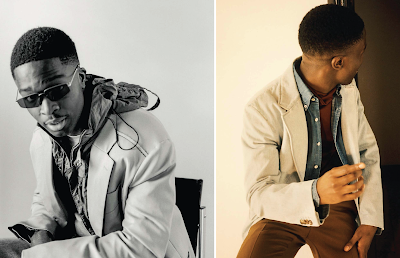 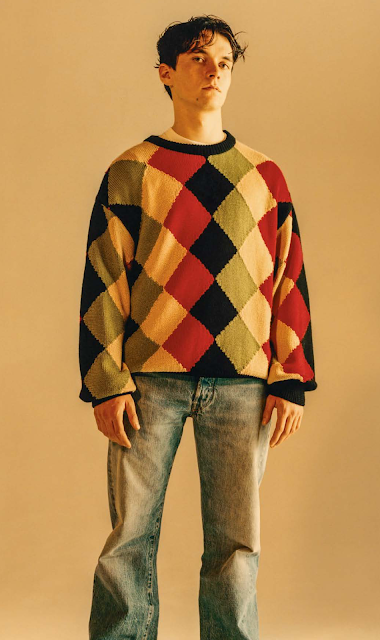