5 Off My Head: Wins To Smile With 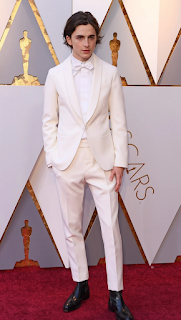 Per usual you'd be hard pressed to know that the Oscars -- not to mention the always superior Indie Spirits, bless their Lighthouse loving hearts -- are this very weekend if you only came to MNPP for your movie info. I just don't care. My faves never much jive with their faves, and when I do get drawn in they inevitably yank the football away 98% of the time. My back hurts, you bastards. (Yes that's a Brokeback reference -- so sly I saw fit to triple underline it!)

Anyway I do actually watch the damn Oscars every year, indifference be damned, because 1) there's no way to be a writer about film and ignore them completely, and 2) I do love beautiful movie stars at their most pretty, a fetish I make obvious here daily, hourly, secondly. So point being since I'll be watching them here is a list of things that would make me the happiest, cookie-wise.

The 5 Oscar Wins That Would Make Me Happiest 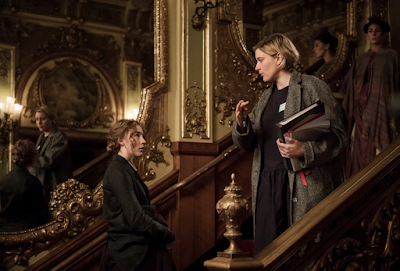 1. Greta Gerwig winning Best Adapted Screenplay for Little Women -- Just to make that moron who couldn't follow the two timelines turn to ash. Not really -- Greta should win because Little Women is a marvel and her ingenious script is one of my faves of the year. I find its structure deeply moving -- I can't think of much else that hit me as emotionally square-on as that one-two whammy of Beth scenes in the middle.

2. The Lighthouse winning Best Cinematography -- I know I am just supposed to be happy with this nomination, but I WANT IT ALL for my favorite movie of the year. I'm willing to go total Tracy Flick and rip up half the ballot box for this one.

3. Pain and Glory winning Best International Feature -- I'd also love for Antonio Banderas to pull off a crazy upset in Best Actor but I'm not nuts, and Joaquin has given such great speeches this season he hasn't let me stay annoyed about him winning for a terrible movie that I don't even think he's particularly great in. 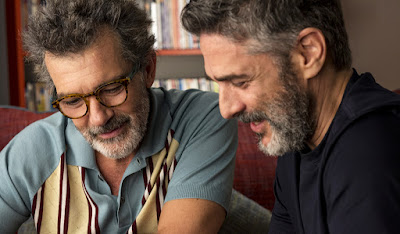 Anyway I like P&G more than Parasite so an upset - an admittedly also totally unlikely one - for Almodovar would make me dance around the room with ribald glee. I know it doesn't work this way but maybe everybody who votes for Parasite for Best Picture (and it'd be a fun win for that statue, even if I don't worship it like all y'all do) will communally agree to spread the wealth. I'm dreamin', I know.

4. Quentin Tarantino winning Best Director -- I feel as if this might be a controversial pick! I don't care, I'm a huge fan of Tarantino's movies and of Once Upon a Time in Hollywood specifically, and I think we'll feel lousy if we never reward him for Directing. Do I want to hear him give another cringe-filled speech? I do not. He is spectacularly terrible at speeches, underlining all the worst of his blasé creepiness. I don't care that he's a creep. I'm a creep. He's a fantastic fucking director of movies.

5. Missing Link for Best Animated Film -- Laika is like a woman pregnant with quadruplets entering her tenth month -- fucking overdue. Missing Link isn't my absolute favorite of their films but it's charming, funny, smart and typically ravishing work from the studio that gifted us with ParaNorman, Coraline, Kubo and the Two Strings, who has never been rewarded. I won't be furious if I Lost My Body wins, it's lovely, but I want Laika dammit. 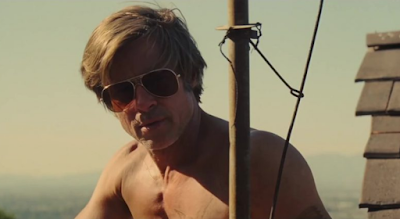 Runners-up: There are several probable wins that I will be happy with -- it'll be lovely to see Brad Pitt clutching some gold that's not just his pubes for a change. Since Willem Dafoe wasn't even nominated (good grief) I'm fine with Brad winning.

Same with Laura Dern's triumphant stampede to the stage all season long -- she's one of my favorite actresses of ever (top five for sure) and people have been seriously under-valuing her sharp and tricky work in Marriage Story.

I would love to see Antonio Banderas win Best Actor. I think it would be great if he did. I expect Renee Zellweger to win for Judy, but last year I was burned because Glenn Close lost to Olivia Colman, whom I'm getting to like, but will Glenn Close be like Cary Grant? Oscarless?
I hope Brad Pitt gets it. He's paid his dues as has Laura Dern. I see why she was nominated for Marriage Story. It's the showier role, but she was, I think, better in Little Women, which I would love to see win Best Picture.

Re: Dern. In 1974, Lauren Bacall played a showy role in Murder on the Orient Express, and Valentina Cortese was heartbreaking in Day for Night, but the Oscar went to Ingrid Bergman.

Molly Haskell once wrote a piece on the Oscars for the NY Times. In it, she stated that the Academy likes two kinds of movies: Epics, such as war pictures and musicals (Think Wings, Platoon and Chicago). The other kind are little stories about someone who's overcome a difficulty (Moonlight, Rocky, Annie Hall). I'm expecting they'll vote for 1917. I loathed JoJo Rabbit and Marriage Story, which is basically Kramer vs. Kramer for the new century. We'll see.

I just hope Billy Porter tops himself on the red carpet!