Me and You and Every Criterion We Know 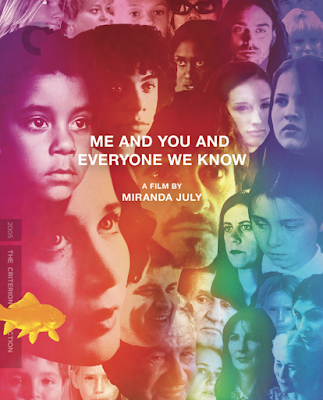 It's that glorious day of the month when Criterion gifts us with their brand new blu-ray announcements, and today's batch (which will be out in April) proves yet again what a gift that really is -- on the slate is just one of my favorite movies of all time, Miranda July's 2005 masterpiece Me and You and Everyone We Know, is all. It's never been on blu-ray before! That hits on April 31st and will contain a slew of stupendous extra features...

* High-definition digital master, approved by director Miranda July, with 5.1 surround DTS-HD Master Audio soundtrack on the Blu-ray
* New documentary about July's artistic beginnings and the development of her debut feature
* Open to the World, a new documentary by July about the 2017 interfaith charity shop and participatory artwork she created in collaboration with Artangel
* July Interviews July: Deauville, 2005, a discovery from July's archives, newly edited
* Six scenes from the 2003 Sundance Directors Lab, where July workshopped the film, with commentary by July
* The Amateurist (1998) and Nest of Tens (2000), short films by July
* Several films from July's Joanie 4 Jackie project, and a documentary about the program
* Trailer
* PLUS: Essays by artist and scholar Sara Magenheimer and novelist Lauren Groff 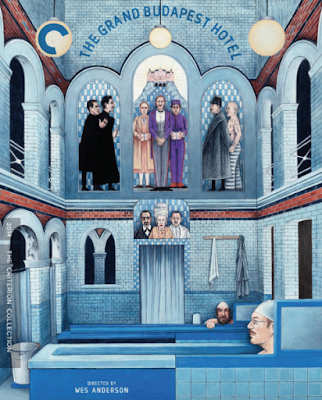 But what, you think that's it? Also on the docket are Wes Anderson's The Grand Budapest Hotel, Jean-Pierre Melville's Army of Shadows, the 1969 totalitarian nightmare The Cremator from Czech New Wave director Juraj Herz, and George Marshall's 1939 comedy-western Destry Rides Again starring Marlene Dietrich and James Stewart. Much to my shame -- especially with the Melville -- I will now admit I have seen none of those before. Which is your fave? And head over to Criterion's site to see all the details on every one of them and, of course, snatch up your copies... 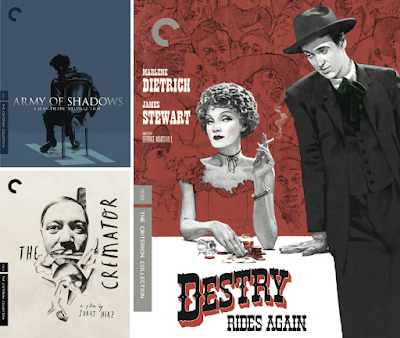