The Pink Shirt Speech is one of my favorite speeches in a movie full of favorite speeches -- I don't know if there's a movie I quote more in daily life than this one and perhaps you'll find it strange to know how often you can work a rant about a "new shirt for a new body" into your living experience but lemme tell you, it's often.

But I bring this all up today for another reason. The character of Woody is played by the actor Oz née Osgood Perkins -- he was also memorable in Legally Blonde in 2001 -- and Oz née Osgood (who I might also be bothered to mention is the son of the actor slash Psycho star Anthony Perkins) has now gone and become a horror film director! 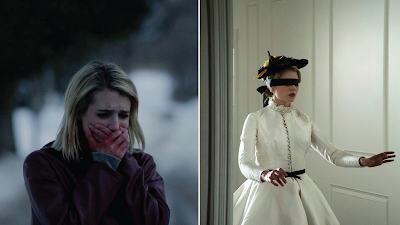 He's been at it for a few years, beginning with The Blackcoat's Daughter with Emma Roberts and Keirnan Shipka in 2015 -- I wasn't as bowled over by that film as some people were, but it's perfectly solid -- and 2016's I Am the Pretty Thing That Lives in the House starring Ruth Wilson, which I haven't seen yet despite wanting to; I love me some Ruth Wilson but I just keep forgetting.

And this week his third film is hitting theaters -- it's called Gretel and Hansel and is a reimagineering of that classic children's tale of cannibal terror and plum-sauces. It stars It actress Sophia Lillis and the always welcome Alice Krige, whose deeply creepy demeanor gives the trailer most of its bite...
.


.
I've seen this trailer at least half a dozen times now in the theater and I was sold from the first, even if part of me worries they might have found a way to commodify what we might call "the A24 aesthetic" a la The Witch, into a tangible selling point... does that make sense? I think it looks cool but I'm not sure the look of it isn't borrowing, to put it mildly, from well celebrated others that have come recently. Or awhile back, even... 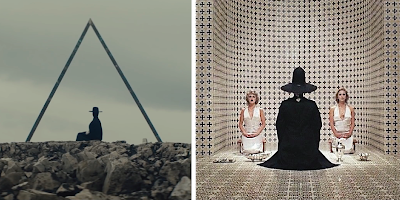 ... although if you're gonna rip somebody off in 2020 ripping off Alejandro Jodorowsky is a plenty good one to be ripping off. Anyway I will find out tonight when I see the thing -- I'm mostly just excited to have just now figured out that it's the Pink Shirt Speech Dude who directed it. I'll give the Pink Shirt Speech Dude (and you know the son of Anthony fucking Perkins) the benefit of the doubt! 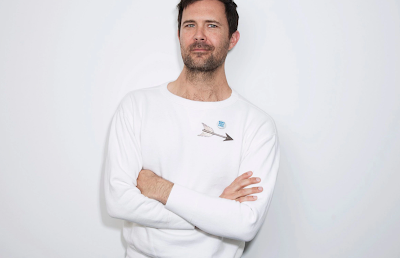 I had NO IDEA that was Oz Perkins who gave the pink shirt speech. You broke my brain! I haven't seen that movie since the days I had it on VHS and watched it over and over. I also love that scene - such a perfect example of how you never know when some random object around the house that seems totally unimportant is going to be this huge minefield to your loved one, who also possibly might be a spoiled brat. Families! Looking forward to your thoughts on G&H.

"I Am the Pretty Thing ..." is well worth watching. It's a little slow but that's not a bad thing. Found out directly afterwards it was directed by Perkins jr!

Sad you weren't that into The Blackcoat's Daughter, because I really like that one a lot and find it really underrated. I am the Pretty Thing...is OK, but I didn't think it was as good as Blackcoat. Either way, I'm super excited for Gretel and Hansel to come out.

I also still feel mindblown every time I think that Oz was in Legally Blonde, since I watched that movie so many times growing up and had no idea that was him.

Just do yourself a favor and don't read any comment threads on any interviews about Gretel and Hansel. My brain already exploded from reading incels spouting a bunch of sexist misogynist bullshit because the film makes Gretel the main character instead of Hansel and "makes" her the hero. Fucking dickbrains have apparently forgotten that in the original story, Gretel tricks the witch, kills her, and saves Hansel from the oven.