I Wolk the Watchmen, that's who! A couple of days late, at least. I had to watch the finale episode of Damon Lindelof's masterful HBO series a day late, and so I'm only posting these... these gifs... here today. Be grateful I'm posting them now -- I considered making this tomorrow's "Good Morning" post but it seemed cruel to delay these bounteous gifts o' gifs any longer. Even though...
.

MAKING THESE GIFS WILL BE THE DEATH OF ME pic.twitter.com/REcGHbTmXp
— Jason Adams (@JAMNPP) December 17, 2019

.
... I was worried they'd be the death of me. And I am fairly certain I didn't breathe the entire hour and a half they took to make. But who needs oxygen when...

... such other wonders exist in the world. Oxygen is overrated! I'd ask y'all what you thought about the finale of Watchmen but I feel like none of us are thinking about that right now. But I do want to share this bit of a Vanity Fair interview with our boy Jimmy about the filming of this scene, before we just gif ourselves blind...

"I think when I saw the Speedo in my trailer, there was a moment of, ‘This is going to be a very revealing scene.’ But in the moment, I didn’t even think twice about it,” Wolk says. “I felt very empowered by it, which is preposterous. Luckily something took over and I wasn’t thinking of myself as myself.” Wolk says he can’t remember whether the original script called for him to be totally nude or partially covered—but, he says, “I was really grateful when I showed up in my trailer and costumes was like, ‘We have this black Speedo.’”

Delivering a right-wing tirade (“First he took our guns, and then he made us say sorry”) while daintily removing his clothes for multiple takes might seem daunting, but Wolk says having something to do while talking actually made the performance flow more seamlessly. “Undressing and disrobing in all of my glory is what Keene would feel too. It grounded me in the character,” Wolk said. There was one sticking point, though: “Taking off cowboy boots was hard as shit,” he admits."

"In all of my glory." I sure can't say it better than that.
Hit the jump for James Wolk, in all of his glory... 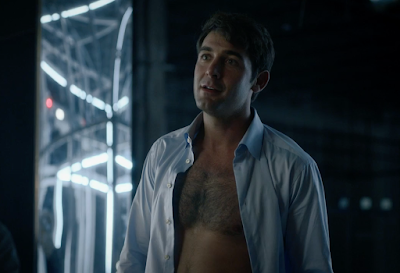 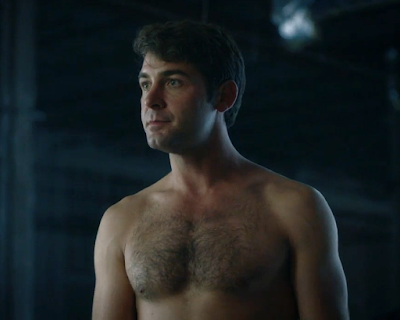 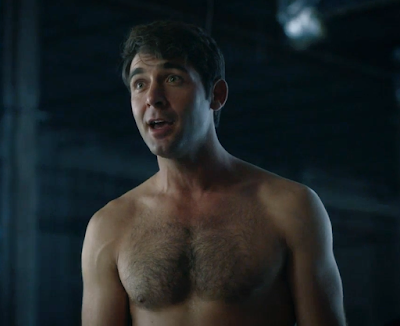 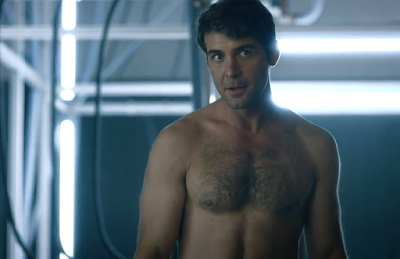 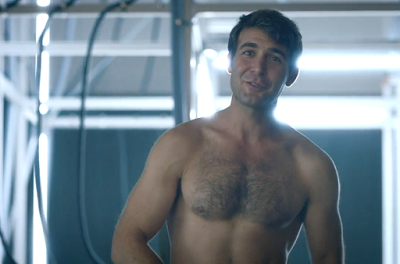 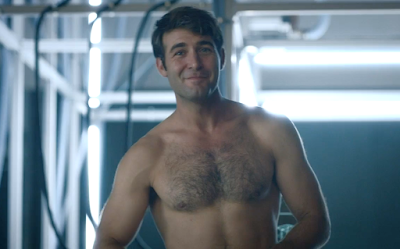 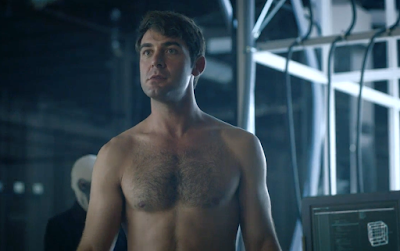 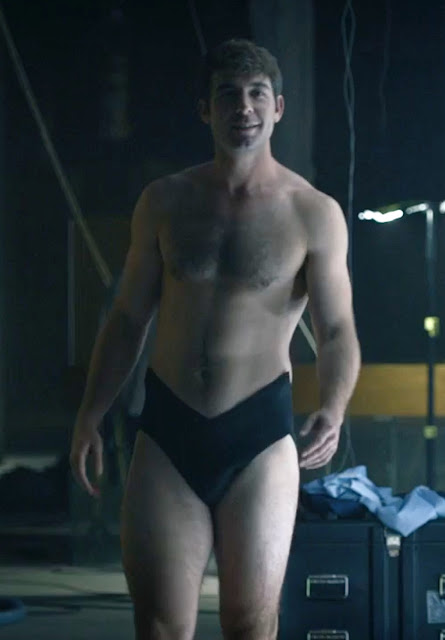 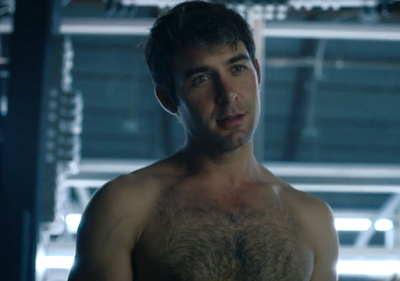 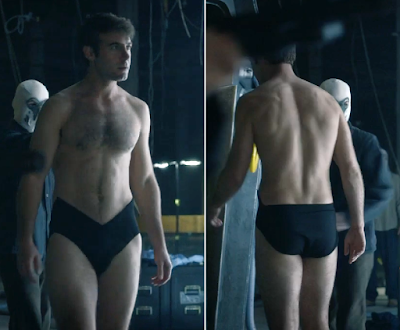 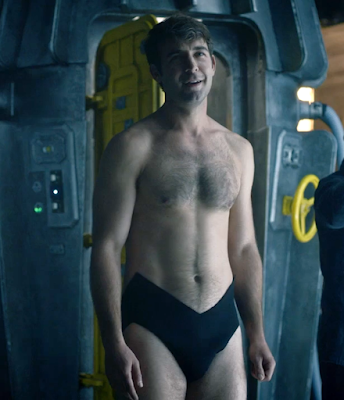 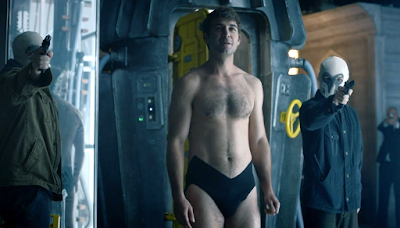 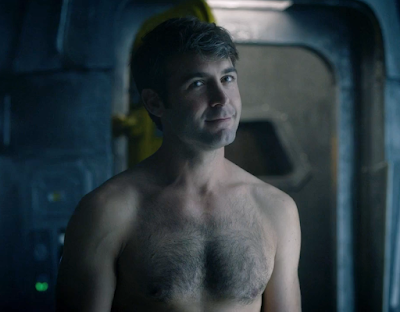 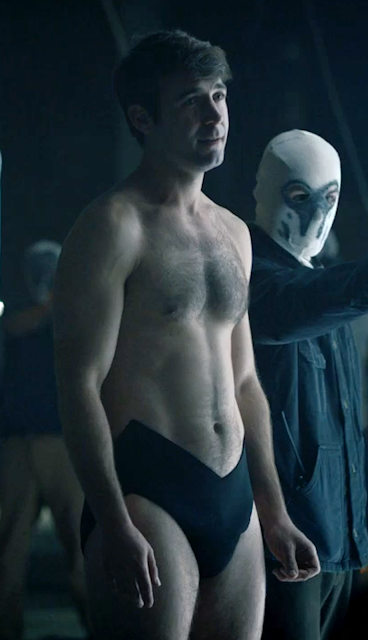 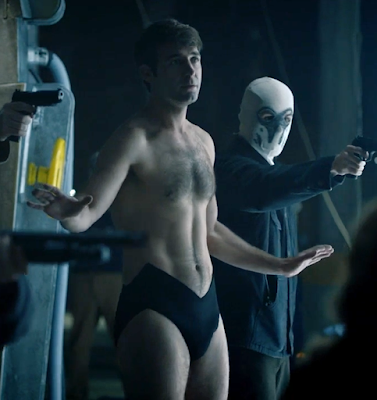 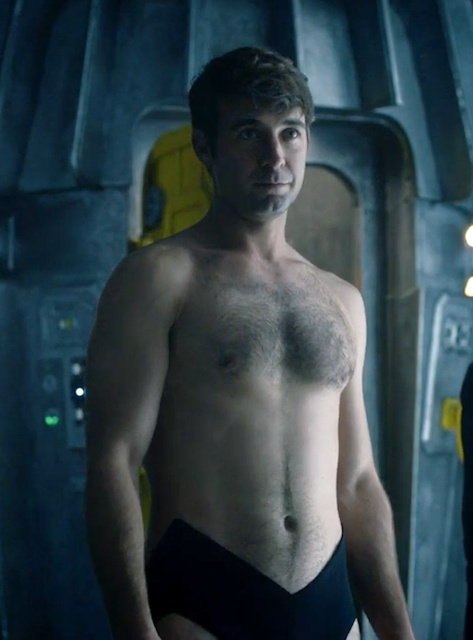 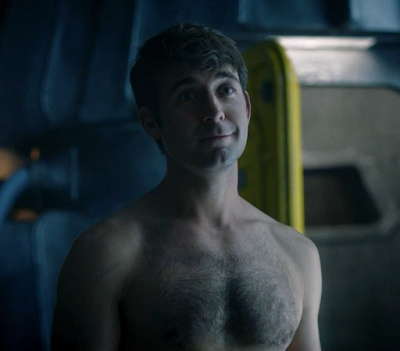 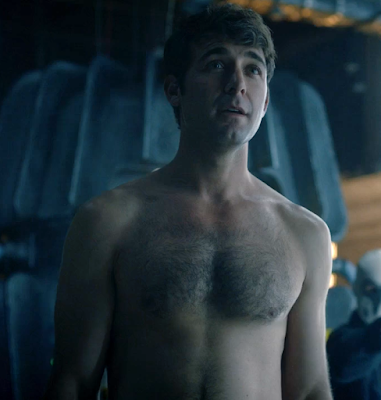 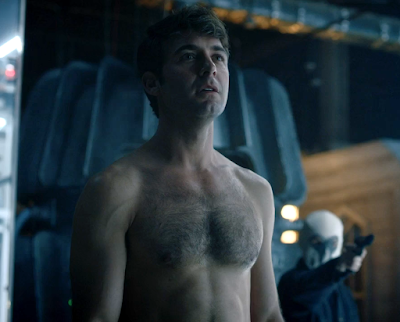 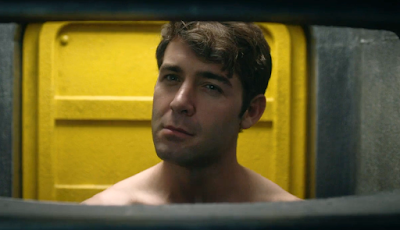 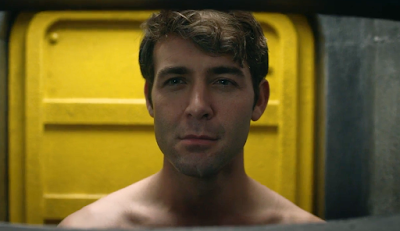 This was a great gift. But after Yahya’s scenes last week, I was hoping for something more....

Thank you thank you. That was the highlight of that episode

What a generous service you provide!

All this self-confidence, these chest hairs, this performance taking off clothes in public. What a perfection! What a wonderful man. Hopefully other directors will convince him to take it all. Magnificent! It will be in my imagination. Delicious man.

He should be Namor. He only needs get more jacked.

But he's so nicely not all that jacked right now! Namor needs someone who can take on Jason Mamoa.

Thank you for sacrificing breath for these... I'll be in my bunk.