The Rise of Tight Pants 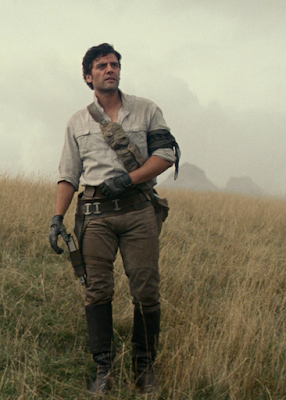 I suppose it's antithetical to post about something when I'm avoiding something but hey, I'm just like any other man, and I just wanna look at Oscar Isaac in tight pants. (Sidenote: our pal Manuel interviewed Oscar recently and the tight pants came up... so to speak) Point being I'm not seeing the new Star Wars until Sunday and I'm neither in a huge rush nor terribly enthusiastic about it, but I'd prefer to not get it spoiled. It's just, I realized this week... do people really give a shit about any of these new characters? I like the actors obviously, but these characters -- and yes I include weepy man-baby Kylo Ren -- all read as wafer-thin to me. I recall some visuals from the last couple of movies -- Last Jedi was flat out gorgeous -- but where those characters were emotionally? That's like footnotes. I mean... I don't know what I expect. It's not like Luke & Leia & Han were exactly bastions of depth. Sorry am I murdering everybody's childhoods right now? I'll shut up and make it better:

No, no you are not. At first, I just blamed the execrable middle trilogy for the reason I lost interest in the franchise. But it's more than that. I saw Force Awakens (and Rogue One). They were enjoyable, but afterwards I barely remember a thing about them, and I just haven't even bothered with whatever the middle one is called. I don't even remember these characters names.

Maybe it's just the difference between being 10 and being over 40, because like you said, it's not like Han, Leia, Luke, etc. are 3 dimensional. But the new trilogy...yeah I don't care about any of them.

A wise person on Tumblr said something to the effect that after the disappointment that was the sequel trilogy, we all deserve a suspenseful space opera where Oscar Isaac and Pedro Pascal play old 'acquaintances' coming together for a planet-hopping mission after a long separation. There should be lots of longing glances, unresolved tension, references to a 'complicated' past together, renewed bonding and emotional vulnerability, and finally the admission (and perhaps consummation) of long-held, deep affection. Plus aliens, space battles, space chases, and probably a plot by a shady government entity that needs unraveling. Persuasion meets Firefly, basically.