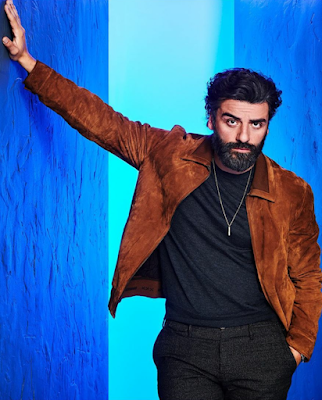 "It’s just a wholly, wholly different thing... I couldn’t imagine anyone more suited for the tone of the original Frank Herbert novels than Denis. There are some things that are — for lack of a better word — nightmarish about what you see… There’s just this kind of brutalist element to it. It’s shocking. It’s scary. It’s very visceral. And I know that definitely between Denis and myself and Chalamet and Rebecca Ferguson as the family unit, we really searched for the emotion of it. I’m beyond myself with excitement. I think it’s good to feel cool, unique, and special.”

I'm like a sand-worm in search of sweet sweet spice out here, thirsty for any and all information we can get about Denis Villenueve's Dune film (or films, maybe), and so these little tidbit type nuggets that Oscar Issac threw at EW this week are keeping me alive for another few days. Release a photo already, dammit! Anyway as to the content of what Oscar had to say -- I think David Lynch's movie is a mess but it's not exactly a surprise, seeing what he did 35 years ago, that somebody would make this material look "nightmarish" right?

I also wonder if Oscar is misusing "brutalist" to mean "harsh" or if he's actually referring to the architectural design movement -- I hope it's the latter because I'm a huge fan of Brutalism and would love to see Villenueve shoot it... well, shoot it more since he already did some of that with how he visualized Toronto in his 2013 movie Enemy aka still my favorite movie of his. 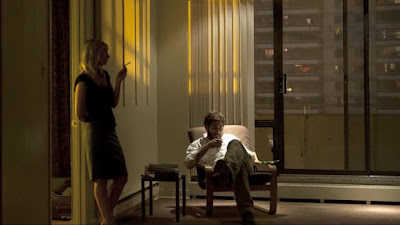 Am I the only one that wants to run his hands through Oscar Issac's hair? You know.. while smootching the hell out of him.

I very seriously doubt you are the only person who wants to stroke Oscar's hair, Anon ;)

Dune to me seems like a work that was very much of it's time and not just because of the massive homophobia that people seem to bend over backwards to deny is baked into Frank Herbert's work. It's had a faithful but slightly dull TV adaption; the fascinating failure that was Lynch's adaption and the Jodorowsky adaption that didn't happen but might've been the best approach, using the novel as a jump-off point for a lot of surreal weirdness.

I don't think it needs another one that will cost a fortune, use up a lot of talented people's time and is almost guaranteed to flop and probably sink Villeneuve's career.