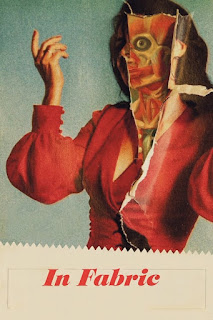 Peter Strickland's glorious new oddity In Fabric hits streaming today here in the US, so if you haven't had the chance yet make the chance as soon as your clicking finger can click -- and if you've seen the movie before, well I don't know what extra footage there is but Amazon apparently has an "Unrated Cut" available for rental too -- it is one full minute longer! -- so every damn person can watch In Fabric tonight! Here's my review from Tribeca earlier this year.

The film stars Marianne Jean Baptiste as the purchaser of a seemingly demonic red dress, and then... things happen. It's impossible to describe really. Things. Happen. Anyway there's a chat with MJB at Jezebel today that I very much recommend checking out once you've seen the film, but that's not what I'm quoting -- there's also a chat with Strickland over there from earlier this week, and that's where we're headed now. They got him to talk about a project he's been trying to get made for several years, one that sounds too good to be true, and apparently is because nobody will give him the money. I'm gonna share the entire long passage after the jump about it because it's all of note:

Jezebel: I’m curious about this. When I interviewed you about The Duke of Burgundy, you said your next film was going to be set in the pre-AIDS, liberation-era social world of gay men...

Strickland: Ah, don’t even go there.

Jezebel: What happened? When we talked, you said Duke of Burgundy could have been about two men just as easily, but you went with women. I suggested that two women as a couple would be at least slightly more palatable for audiences revolted by gay sex, and you said whether you got funding for this movie you had in mind would be a true test. It seems like the results are in.

Strickland: It’s failed. Bizarrely enough, I’m meeting Christine Vachon and David Hinojosa to talk about it. So they’re producing it; Killer Films are doing it.

Jezebel: So you’re doing it then?
Strickland: Well, no, because we can’t get funding. Killer Films are involved. It’s Tristan Goligher in the U.K. with Bureau, Christine and David are the American part of this. It’s been eight years now for that film. We just cannot get it funded.

Jezebel: Because it’s sexual and gay?

Strickland:That’s got a lot to do with it. It’s a combination of that [featuring] men and a big budget, because we’re recreating New York. Had we made a film like Weekend, because that’s a much smaller scale, I think we could have done it by now. We had an amazing lead, who auditioned and blew everyone away. He’s not worth any money, basically. We just could not get people to put money on the table. So we got a Hollywood actor; I’m not going to name him. He agreed to do it, but he pulled out. Until we get a star, we’re stuck. But yeah, it proved my point. I don’t want to be proven right. But if I’m really honest, it’s not homophobia here. It’s not about that. It’s about: they need to get their money back. So a lot of it is, you just can’t sell it in certain territories.

Strickland: True, but I would never say the finances are homophobic. It’s purely financial. It always is. But it’s a film I would love to make.

Jezebel: Is it genre? All I know is pre-AIDS, gay…

Strickland: I don’t want to say because every time I talk about it, I say more and more and there’s no point in making it after a point because I’ve said so much about it already. It’s called Night Voltage. It’s set in New York, 1980. The aesthetic, a lot of it comes from gay pornography of the 1970s, Wakefield Poole, Peter de Rome, Fred Halsted, Jim Bidgood to some degree. Hi-NRG music, as well. I can’t really say, otherwise I just give everything away. But the script has gone around so much that someone I know got it from someone else. It’s just nuts. That’s what happens. When you spend eight years trying to make a film, the script just travels. It’s not because I haven’t been trying.

.
It's hard not to picture something like Yann Gonzalez' 2018 gay-porn giallo Knife+Heart from that list of references that Strickland makes, which already rang several of those same bells like Poole... 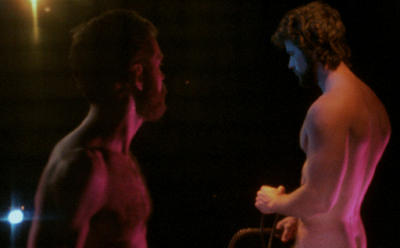 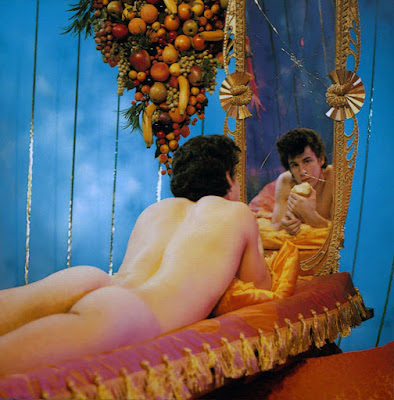 ... but it's not exactly like we're drowning in stylists of Strickland's heft and import that are willing to wade into those hyper-gay references every day. And we should! We should have one of these movies out every weekend. Picturing a Peter Strickland Homosexual Opus makes my brain bend right over and submit happily.
.
Who? Jason Adams When? 5:02 PM