Bring Your Parasites Home With You 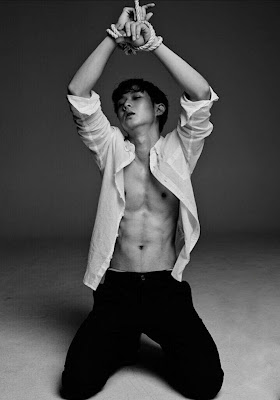 While I attempt to comprehend the above photograph of Train to Busan and Parasite actor Choi Woo-shik existing in the world I will use it as an excuse to heads-up y'all that the latter, Bong Joon-ho's tremendously well-received thriller about two families clashing in a class struggle for the ages, has just gotten a blu-ray release date -- Parasite is out for home consumption on January 28th.

I like Parasite quite a bit -- here's a link to a thing I wrote about it -- but I'm kind of taken aback by how strong the reaction has been here in the States all the same? As much as I do like it I don't even know if it will make my Top Ten for 2019, and that's not me playing Devil's Advocate -- I just think it is maybe being sliiiiightly over-praised.

I have some pacing issues with it, and none of the three times I've watched it have I really been as emotionally stirred by it as I want to be. I find it clever and funny and absolutely beautiful to look at, but it keeps keeping me at a distance I can't really find my way through. That's been true of most of Bong's work though, save Mother and of course the emotionally manipulative pet-in-danger portions of Okja.

Am I nuts or what? I mean I'm certainly not going to complain about Parasite edging its way into the Awards Conversation -- it's such a weird movie to do so, and it would be a real first of its kind for South Korean Cinema, one of the world's great bodies of work and one that's ridiculously never been nominated at the Oscars once. (Justice For Park Chan-wook, I says.) By the way our pal Nathaniel Rogers of The Film Experience wrote exactly this up in Vanity Fair recently, and I recommend you just ignore me and go check that piece out. Or just stare at these pictures of Choi. Whatever. 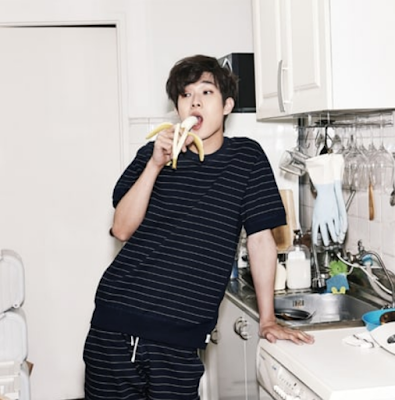 I have some pacing issues with it, and none of the three times I've watched it have I really been as emotionally stirred by it as I want to be. I find it clever and funny and absolutely beautiful to look at, but it keeps keeping me at a distance I can't really find my way through."

Jason, I absolutely have to agree. Also find it difficult to explain why.
Plus, not enough Beagle scenes ...

At the same time, my heart leaps when it's nominated in best-of lists!

Simply put, I couldn't disagree more...and I saw it before all the hype too. I kept telling friends,"I've never seen anything like it", I loved Marriage Story, and liked The Irishman, but I wouldn't be at all unhappy if Parasite won best picture. I'd throw in some votes for The Mustang too. Critically appreciated, but outside of maybe New York and LA, I think somewhat unseen,

Have you seen memories of morder?

I found it very affecting. I don't have a lot of money. I have no education. I still live at home with mom and dad. I have a crappy minimum wage job. I get judgement from many people around me - my friends, my family, etc. The class issues and dynamics really rung true to me. And while certain actions are completely unforgivable, Kim Ki-taek in particular stirred up a lot of uncomfortable and sad feelings in me. Sure, it's not entirely subtle but I think its a great example of a movie being completely, flat-out entertaining while also commenting and saying intelligent things about our society, past and present. I guess it speaks more to certain people but least we can all agree it's a well made movie.