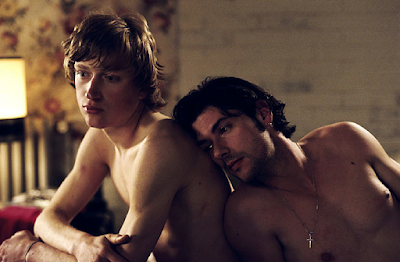 Le père: How are things with Sasha?
Romain: Not bad, not great.
We'll probably break up soon.
Le père: Shit. Why?
Romain: Like in all couples,
routine kills desire.

A happy 52 to the director François Ozon today! You know I talk about Ozon a lot here on MNPP but there are a ton of his films, like the one mentioned above, that I haven't actually ever seen, and I only seem to remember this whenever I scan through his IMDb page on occasions like today. I couldn't really stand to gift myself a little film fest of his work, go back and catch things like Potiche and Under the Sand and his first film See the Sea, which a film-maker at a recent dinner I attended was telling me to definitely seek out. Anybody seen it? 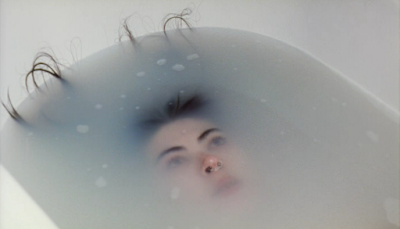 I never got around to reviewing Ozon's latest, By the Grace of God, about the Catholic Church abuse scandals as they played out in France -- I was too sidelined with the New York Film Fest when it dropped, but it's very much worth seeking out if and when you get the opportunity. He made a film unlike anything of his that I've seen before, a baton-passing procedural that gains its accumulative power by the sheer breadth of experiences, of lives, affected by those horrors. We see so many people from so many backgrounds mangled by a system's corruption... even though it's about one specific thing (sexual abuse and the church) it's not hard to relate it to the way our world feels in so many ways these days -- faceless bureaucracies with no time for genuine concern. Melvil Poupaud again does great work for Ozon, but it's Denis Ménochet (oh how I love Denis Ménochet) as the angriest and Swann Arlaud as the most fragile and damaged of the men who I found most special. 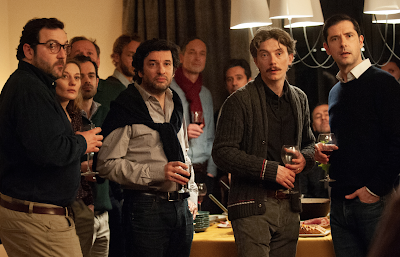 See the Sea is definitely work a look and at a skosh over 50 minutes, it makes for a nice double bill along with Sitcom.

I've only seen a handful of his movies, but See the Sea definitely stuck with me.