Paperhouse In Your House 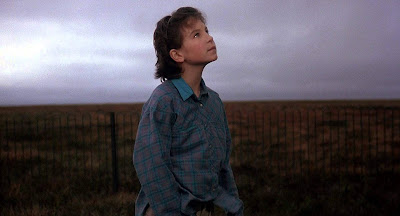 This is a heads-up so huge it's giving me goose-pimples this here Monday morning -- I don't know how long that Amazon has has Bernard Rose's 1988 film Paperhouse available for streaming but they have it available for streaming right now and I'm just seeing it's there and I really, really, really cannot recommend it highly enough. I've talked about this movie on here before, it even has its own tag! But this film is foundational for me -- one of the most terrifying and engrossing movies Little Jason ever experienced. It's been maybe a few years since I've re-watched it -- I got to see it on a big screen back in 2015, which blew my mind, but mostly it's been ignored when it's come to the home market; I can't speak to the quality but it did get a weird double-feature DVD release back in March, but mostly this movie's been hard to get your hands on, which is why it's one of the few VHS tapes I've kept.
.

.
The film stars Glenne Headly and Charlotte Burke as a mother and daughter -- it's mainly Burke's film though. She plays the feverishly imaginative and deeply lonely only child Anna who's been abandoned by her father -- gosh, why did I love this movie again? -- who sinks into the weird world of her day-dreams, which become scarier and scarier the more she unearths. Again, all me. Anyway there's a moment in the film that still to this day terrifies me so much that I shudder -- whether this works on an adult person watching it for the first time I cannot say; this film's too tied up to that scared little kid inside me to be able to tell. But you should watch it anyway. ETA I just had to keep talking about this movie some more so I did just that with this week's "Great Moments in Horror Actressing" over at The Film Experience, check it out at this link. 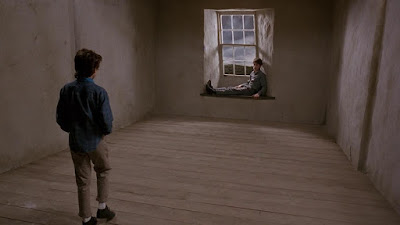