Home for the Horror Days 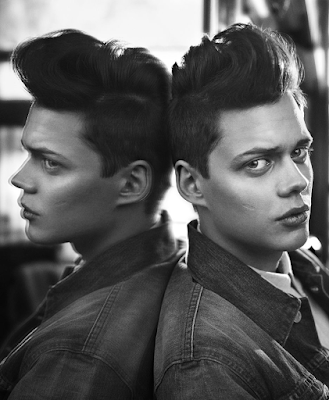 And speaking of how my beloved "Scary Movies" series at Film at Lincoln Center is starting up again this Friday, August 16th -- we literally just spoke of this, dontcha know -- the movie that is opening the series that very day is called Villains, it stars Bill Skarsgard and It Follows and The Guest actress Maika Monroe, and hey look it just got a proper release date. Not too far away of one either! Villains will be out on September 20th. (And sidenote, you guys have no idea how happy my summer-hating ass is that it can now say a date in September is "not too far away.") 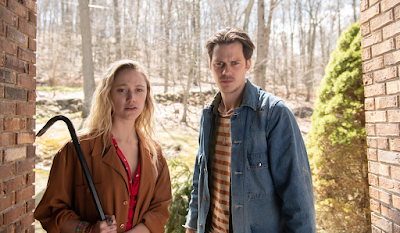 Villains has those two pretty kids there breaking into the home of Kyra Sedgwick and Jeffrey Donovan (seen below) and in the grand tradition of Last House on the Left and Home Alone getting way more than they bargained for in the process. My first thought looking at these new photos is that it might turn out to be a stache-off between Skarsgård & Donovan. But Bill, my love, you're not a true villain until you can sneer with the proper gusto over a legitimate stache, not just that sad half-rendered upper lip fuzz you've got going on there. So the stache point goes to Jeffrey, for now. 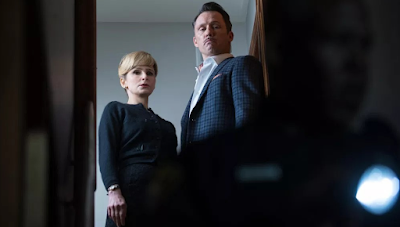