Who Ain't Nuthin But a Hound Dog 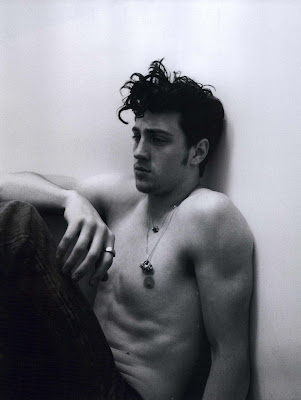 While I don't think any of the five names being bandied about are right on I think you can guess my preference of the five, given the above image and my well-documented predilections, for which one I'd choose to play Elvis in Baz Luhrmann's forthcoming biopic. The five actors are Aaron Taylor-Johnson, Miles Teller, Harry Styles (I hesitate to call him an actor -- and don't yell "Dunkirk" at me, nobody had to act in that movie), Ansel Elgort, and Austin Butler.

The only one of them I don't know is the latter, although I've seen his name around; the other three are either a firm no thank you (Teller and Elgort) or an "I suppose, if you must" (Styles). But I'm not nuts about any of them to be honest, even Aaron who feels a little old at this point? (Which is probably crazy cuz dude is only 29.) Anyway... 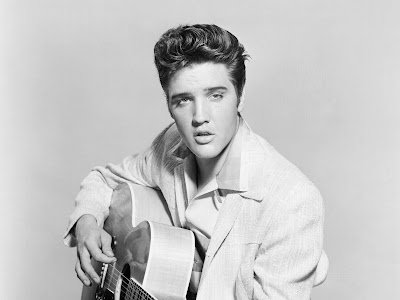 lisa marie presley has a twenty something elvis lookalike son

I agree. Baz Luhrmann will over direct. His Great Gatsby was dreadful. Way to ruin images like the light at the end of Daisy's dock and the beautiful shirts, Baz. Furthermore, A butler stands there next to a telephone and doesn't call anyone after at the end? He's alone at the end! But I digress. There's a marvelous TV movie with Kurt Russell as Elvis and Shelley Winters as his mother. It was beautifully directed by Daniel Mann. We don't need a new bio made by such an over the top director.

I wish they would reissue movies to theaters. There are hundreds of movies I would like to see and see on the big screen!

I love Harry Styles, but he is completely wrong for Elvis. Agreed that Ansel and Miles are also wrong (neither of them have the dangerous sex appeal that made Elvis a star). I guess Aaron is the best of the choices, but I'm not enthusiastic about it. There must be someone else who can do this!

while scrolling down your page, i thought "maybe Joe Keery?"

Or,or...if Joe Keery and Dacre Montgomery could have a baby...shoot, forget about Elvis, I'd rather watch that.