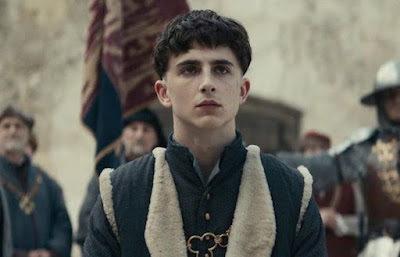 ... although that first picture of Timmy in his movie The King might be the thing to kill me. (They just announced that film is going to play Venice, by the way.) Just wanted to give y'all a heads-up though since it's been dead in here for a minute -- I am laid up with some sort of bug or something... like a cold I mean, I am not having an affair with a potato bug. I thought I'd be back to the grind today but I woke up feeling even worse, so the only thing I'm grinding is aspirin between my teeth. Oh well. Perhaps I'll live.

Feel better -- this summer has been very hard on sinuses, mine included :(

Get well soon, the mother goddess is angry with the powers that shouldn't be, so she's showing her anger. Stay positive and allow good energy to flow around you!

Yes get well soon. I came in today hoping for a comment about The Nightingale which I have seen. Hope seeing that didn't make you sick :)

Have u seen these gems? https://youtu.be/1Ck8fv6iW3E