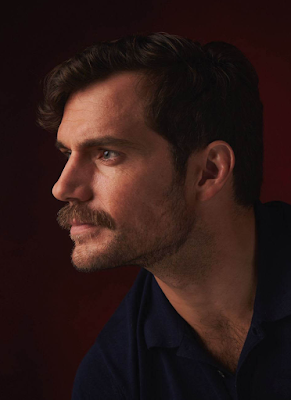 If I was Stranger Things star Millie Bobbie Brown I'd be insisting they rewrite the script to make him my daddy, but Henry Cavill is set to play Millie's older brother in Enola Holmes, an adaptation of a YA book series of the same title. That this "older brother" happens to be the legendary super sleuth Sherlock Holmes is a point I've taken the long route to -- my guess is his role is supporting, so as to not outshine the little lady who leads the series? Anybody read them? Anyway I hope that Henry grows his Mission Impossible mustache back for the role, because it somehow makes him look both smarter and filthier -- it's a delightful combination, that magic stache. Oh and I feel as if I should add that Helena Bonham Carter is playing their mother? HBC is 17 years older than Henry so technically this is a possible thing I suppose, but it still seems off and I'm not sure why. Anyway in summation here is a photo that Henry recently shared on his Instagram, bless his beefcakey heart: 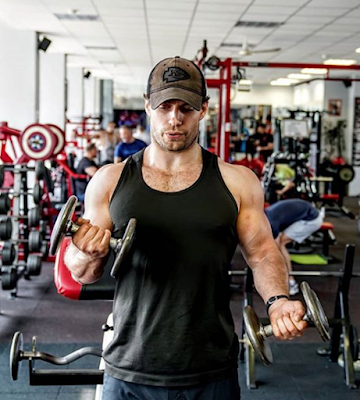 "it still seems off and I'm not sure why"

maybe because of the aforementioned 17-year difference between mother and son? like you said, it's possible, but what is up with the ages in this film? Brown's 15 and Cavill's 36 - a 21-year difference between siblings. Why? So Carter had Cavill when she was 17, then Brown when she was 38? Again, possible, but it's weird. Is this true to the book? I imagine if they cast someone younger than Cavill this wouldn't be a problem.

I really love your writing. It's delightful.

because...sexism
a woman over 45 in Hollywood stops having age and is just considered old so they could cast her as his mum/aunty/nan if they wanted. He could be 47 years old and she would still be a potential candidate for the aforementioned relationship roles. Also HBC is to cool for Caville but then again maybe hes a good enough actor to pull it off.